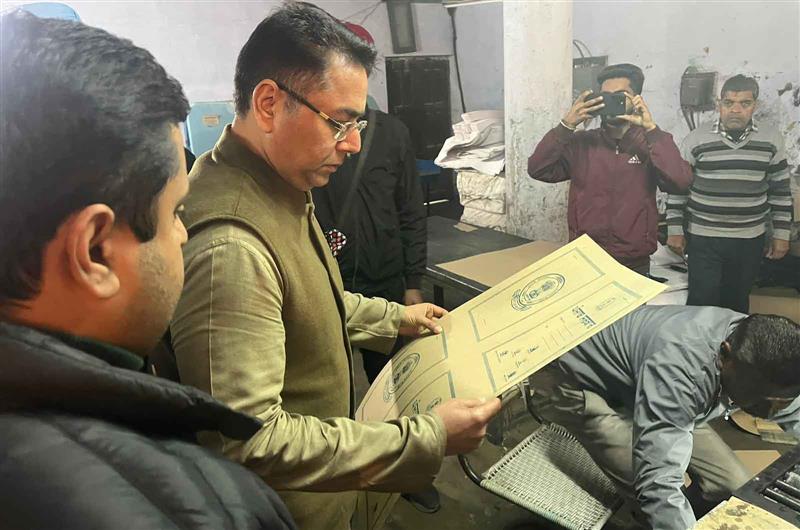 Minister of Printing and Stationery Aman Arora on Tuesday inspected the operations of the state government printing press at Sirhind Road. He visited the binding and printing sections and interacted with the employees.

Aman Arora had assumed the charge as the minister of the department last week.

He said it was the need of the hour to revamp the printing facility by adopting the latest technologies equipped with digital infrastructure to keep pace with changing times.

He said the government was committed to ensuring that all printing and stationery works of the state government be executed by the department itself.

The minister also held a meeting with officials of the department and Patiala Development Authority to review the functioning of both departments.