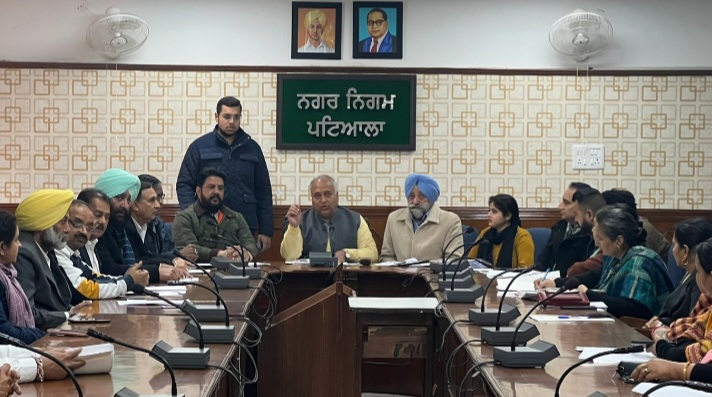 The last General House meeting of the municipal corporation, at the fag end of the five-year term.

The last General House meeting of the municipal corporation, at the fag end of the five-year term, was held here today.

Councillors held the office employees responsible for lapses in various projects. The House is set to dissolve on January 22, after which the work of the MC will fall into the hands of the Commissioner as the administrator.

The councillors raised several concerns in the meeting.

Vijay Rani expressed concern over delay in the already cleared roadworks of her ward for around eight months and that the residents continued facing problems in sanction of building construction plans. Councillors complained that the MC had failed to provide street lights and benches in city parks.

Mayor Sanjeev Sharma said the councillors should submit their concerns in writing, which will then be sent to the state government seeking action against the employees responsible for the lapses.

Commissioner and JCs give meeting a miss

For the second time in a row, none of the three senior administrative officials of the Corporation — the Commissioner and two Joint Commissioners — attended the House meeting. Councillors said the three had disrespected the House and decided to write to the government seeking action against them.

Commissioner Aaditya Uppal said he was not consulted before holding the meeting. Joint Commissioner Jeevan Jot Kaur said she did not receive the meeting agenda. The office employees meanwhile stated that they had submitted the agenda to all administrative officials.

The congregation decided to write to the government to complete works on city-based bus service, the city bus stand, dairy shifting project, shifting of Sunday Market, installation of CCTV cameras on roads and vendor policy. The Mayor said the MC will also write to the state government to give smart city status to Patiala.

Councillor Krishan Chand Budhu said the MC witnessed maximum corruption in the this tenure. While his rhetoric failed to receive support from councillors, it was snubbed by Mayor Sanjeev Sharma Bittu.