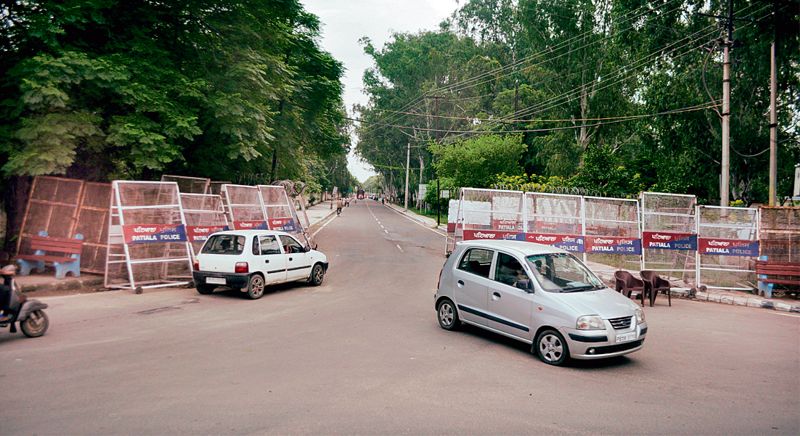 After the resignation of Capt Amarinder Singh as the Chief Minister of Punjab, the road near his residence in Patiala has been reopened to the public by removing the barricades. Rajesh Sachar

Besides, the people living near the former Chief Minister’s residence were a happy lot after the opening of the road because they had to go the extra mile to reach their residences. The devotees, who wanted to pay obeisance at Moti Bagh Gurdwara, were also affected.

The residents said that it was a big nuisance as they were harassed daily due to the road blockade. Karan, a resident of Bharpur Garden, said, “It felt like a cage we had been staying in because the road was blocked from both sides. We had to reach the residence from other side of the colony.”

Another resident said the road remained blocked even if there were no protests at the YPS roundabout. He said sometimes roads inside the colonies were also barricaded by the police.

Meanwhile, the Passey road in the city, which was also blocked from several weeks due to protests, is now open for commuters.