Suspects wanted to forcibly acquire land from the victims 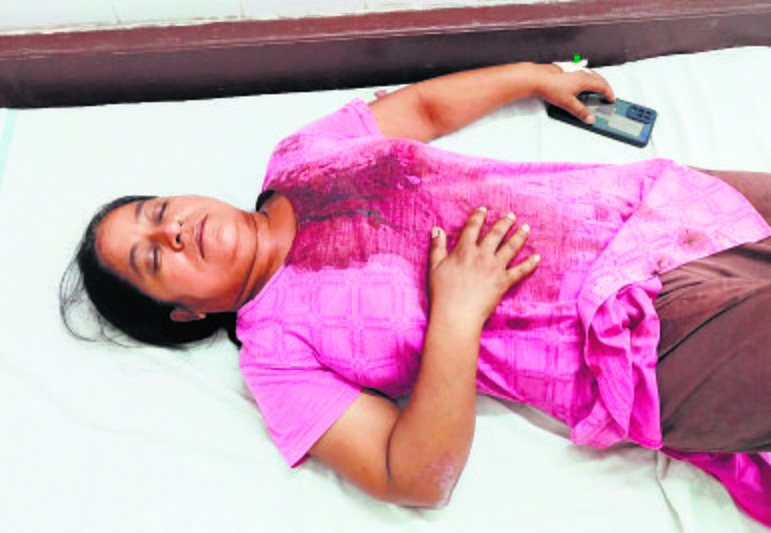 One of the victims admitted to Government Rajindra Hospital in Patiala. tribune photo: Rajesh Sachar

Two brothers allegedly fired shots and injured their two sisters over a land dispute at Mallo Majra village in the district in the wee hours of Friday. It has been learnt that the suspects opened fire at Kulwinder Kaur and Parmjeet Kaur at around 2 am on Friday.

The injured have been admitted to the Government Rajindra Hospital. Meanwhile, the police informed that four people had already been arrested, including two brothers of the victims, identified as Dalvinder Singh and Tarsem Singh.

The village sarpanch, who had been identified as Rajwinder Singh, was also arrested in the case.

Sources informed that 58 acres of land was divided among four siblings. Each brother got 25 acres while sisters got four acres each. Both the sisters were themselves cultivating the land. Tension was brewing between them and their brothers, who allegedly wanted to acquire land forcefully.

The Station House Office (SHO), Passiana, Neha Aggarwal, said they had registered a case against suspects under relevant sections, including 307 of the Indian Penal Code.

When asked about the role of the village sarpanch, the SHO said one of the victims in her statement had said that the sarpanch was helping her brothers in grabbing their land.

“It is not yet clear whether sarpanch and another person, who was classmate of one of the brothers, were present on the spot or not at the time of the incident. The investigation is in progress,” the SHO added.