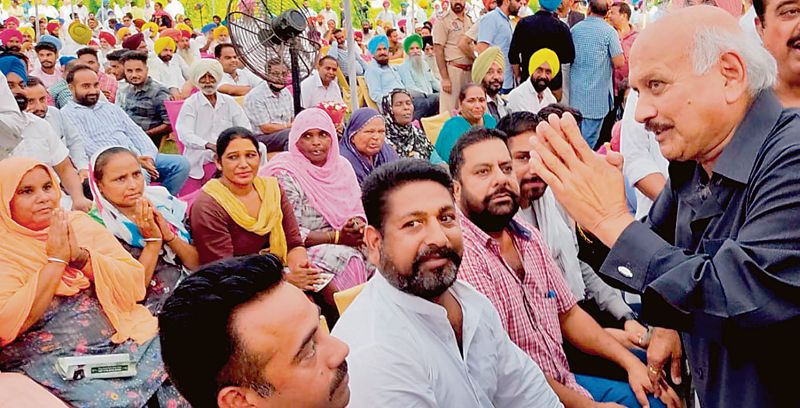 Local Bodies Minister Brahm Mohindra today said the announcement by Capt Amarinder Singh that he would not stay in the Congress would have an “obvious effect” on the party prospects. Mohindra, who was addressing a press conference during his visit to the city, said he was unaware of any efforts being put in for reconciliation. He was given a guard of honour and a formal welcome by the district administration after becoming a Cabinet Minister.

Mohindra said there were no differences among Congress workers and leaders, adding that the party would decide the MLA candidates. “I am only a small worker of the party”, he said.

He said the Congress high command had recognised his seniority in the party and long political experience. Asked about Capt Amarinder Singh, he said, “I have worked with him for over four years. A senior leader’s exit from the party does obviously have an effect but I am unaware of any efforts being put in for reconciliation,” he said.

On the Lakhimpur Kheri incident, he said the Punjab Cabinet had already condemned the tragic incident and expressed his condolences to kin of the victims.

He said Chief Minister Charanjit Singh Channi had shown the Punjab Government’s commitment to back farmers in getting the “black laws” repealed and added that Punjab had emerged as the lone state across the country to raise a voice against these laws by calling a special session of the Vidhan Sabha.

He said he was here to study the pending development works and was meeting people of the constituency in this regard. He said a gap had evolved among the people due to Covid-19. “I am meeting everyone in this process,” he said.

He added that the state government did not allow works of development to be put on hold during Covid-19 and that all works were being carried out in full swing.