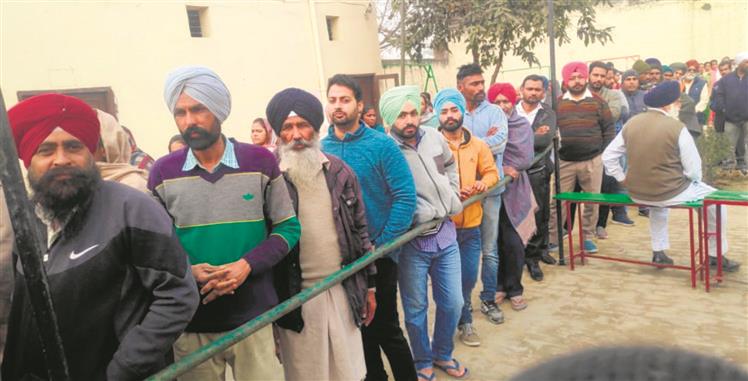 Voters stand in a queue outside a polling station in Patran on Sunday. Tribune photo: Rajesh Sachar

In Patiala district, 70.09 per cent voter turnout was recorded for the Municipal Council elections in Rajpura, Nabha, Samana and Patran.

Meanwhile, Additional District Election Officer Preeti Yadav said the administration had made all arrangements for thermal scanning of voters and Covid-19 protocol.