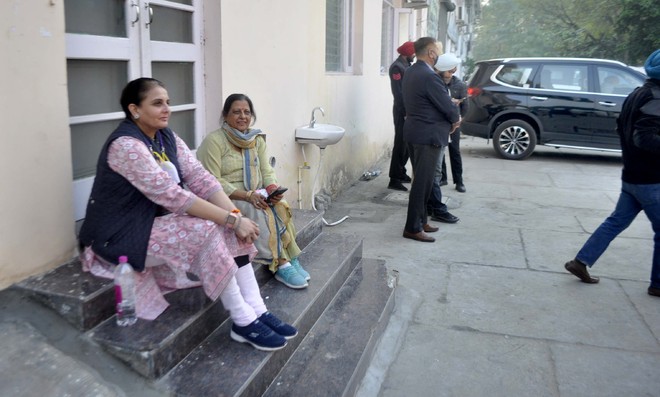 Suspense prevails over who holds the reins of the Patiala Municipal Corporation with the Punjab Government led by Cabinet Minister Brahm Mohindra and former Chief Minister Capt Amarinder Singh claiming “they technically are eligible to hold the mayoral post”.

While the government claimed incumbent Mayor Sanjeev Kumar Sharma stood suspended, the faction led by Capt Amarinder said they “will move court if removed” as they had defeated the no-confidence motion.

Sources said the matter now rested with the Local Bodies Department, headed by Brahm Mohindra, to take a final call on the process.

The no-trust motion has failed. They needed two-thirds vote, but couldn’t manage it. They got the support of only 36 councillors. —Capt Amarinder Singh, Former CM

In a show of supremacy, both factions — one led by Mohindra and the other backed by the ex-CM — claimed victory after the municipal corporation’s general house met over the mayorship. While the minister said Sharma “failed to prove majority and stands suspended” and as such Senior Deputy Mayor Yoginder Singh Yogi “will function as the officiating Mayor”, Capt Amarinder claimed the “rebellious” councillors’ no-confidence motion had failed as they could not muster the mandated two-thirds members in favour of the move.

Earlier, Capt Amarinder arrived at the venue along with daughter Jai Inder Kaur. She was, however, not allowed inside the House by the police and had to wait outside for the proceedings to end. Member of Parliament from Patiala Preneet Kaur stayed away.

The councillors belonging to rival factions arrived in different busses. Mohindra was accompanied by Improvement Trust Chairman Sant Lal Banga. A commotion followed the entry of councillors. Two councillors were allegedly taken away by the police leading to protests by Sharma. They later reached the meeting hall. The uproar continued in the initial minutes of the meeting wherein the Mayor accused the police of high-handedness. An argument broke out between Sharma and Yogi after the latter sat on the chair meant for the Mayor. The meeting lasted over two hours.

Corporation Commissioner Vineet Kumar said: “The first agenda to prove majority by the Mayor was taken by the House, but he could not prove majority, following which the House decided that he should be suspended.”

Mayor Sharma said they would go to court, if need be.

Capt Amarinder later tweeted: “Utterly shameful that the @INCPunjab govt. which is on its last leg, is using the state machinery to intimidate the elected councillors of Patiala.”