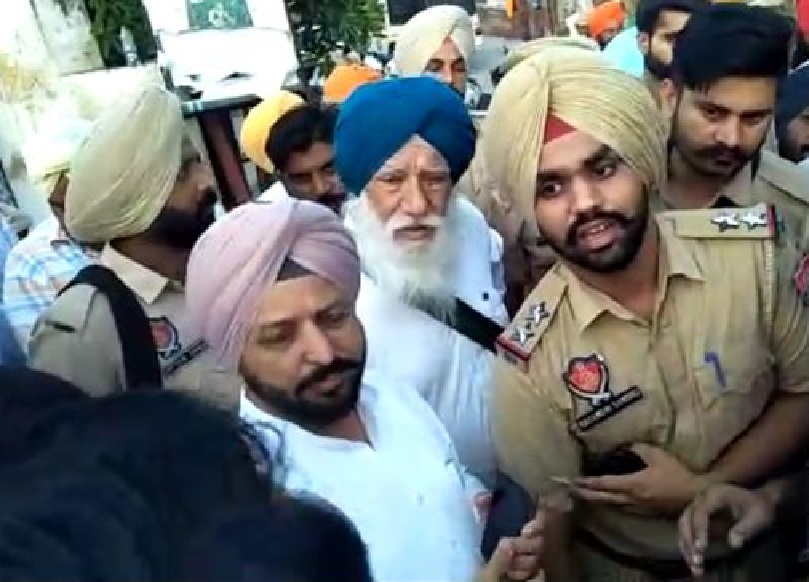 The protesters gheraoed the MLA and fired questions at him about the ongoing farmers’ stir. A video grab

The protesters gheraoed the MLA and fired questions at him about the ongoing farmers’ stir.

The protesting farmers also questioned the MLA over the government’s partial debt waiver.

The MLA tried to convince the agitated farmers that the government always stood with the farmers. However, furious farmers were not convinced by the explanations of the Samana MLA.

After the situation turned tense, the MLA—with the help of the police—had to flee the site. As soon as the MLA got into his car, farmers raised slogans against the MLA.

It has been learnt that the MLA reportedly visited the village to distribute some cheques there.