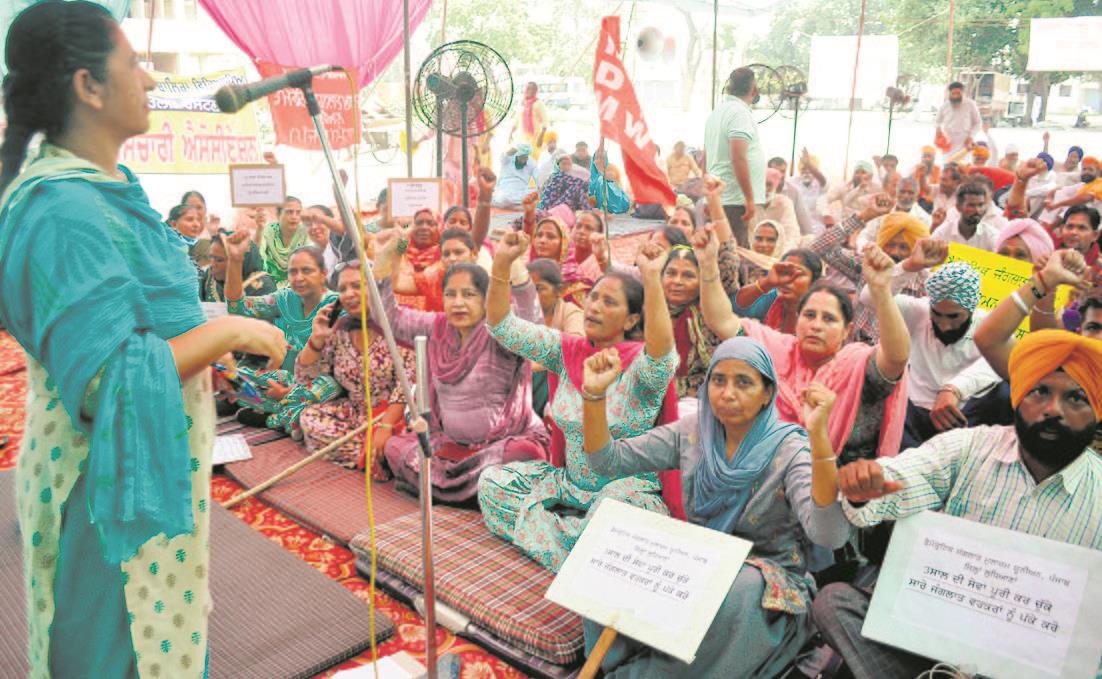 Contractual employees and workers getting honorarium in various government departments held a protest march here today on the second day of their three-day agitation.

The march began from the PUDA ground and culminated at the bus stand chowk. The protesters, who then blocked the crossing for a while, demanded that the provision of minimum wages should be implemented for ASHA workers, ASHA facilitators and mid-day meal cooks, who had been getting honorarium for years.

They said contractual and outsourced employees of the Forest Department, health workers under the National Health Mission, and non-permanent staff of the Education Department should be regularised without any condition.