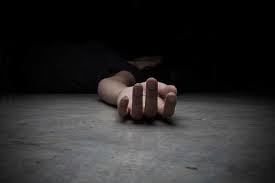 With Covid-19 deaths mounting in the state, the mortuary at Government Rajindra Hospital is running out of space. Consequently, bodies remain lying for hours at the isolation ward of the hospital.

In one such incident, three dead bodies remained lying unattended at the isolation ward on Sunday night because there was no space in the mortuary. The bodies were shifted to the mortuary on Monday morning, said the sources.

The bodies were immediately shifted to the mortuary after the lapse came to the notice of officials concerned. Critically ill patients from other districts are also being shifted to the hospital — hence, the space crunch.

The mortuary at the hospital has a capacity of only eight bodies at a time.

Experts say if the government did not make arrangements soon, it might plunge into a big crisis.

An official at the Rajindra Hospital said: “This time, it was only three bodies that were unattended. The numbers will rise in the coming days. Around six persons died at the isolation ward of the hospital on Sunday.”

On the lapse, Dr Harjinder Singh, principal, Government Medical College Patiala, said: “We are holding meetings over the issue. We are planning to make in-house arrangements or buy new cold chambers. The issue will be resolved soon.”