113 patients succumbed to virus | Toll was 23 in February 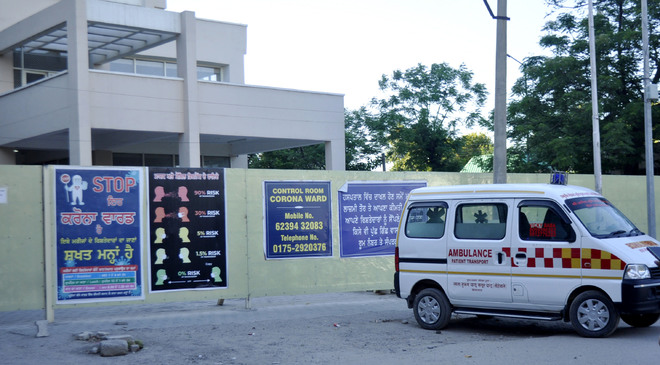 With 113 fatalities reported in March, the Government Rajindra Hospital has recorded a four-fold increase in Covid deaths as compared to February, when 23 patients succumbed to the deadly virus here.

Of the 113 deaths in March, around 55 per cent i.e. 62 patients were aged above 60 years. The hospital authorities said 67 Covid deaths were referral cases from other districts. Notably, the Rajindra Hospital caters to around seven districts of the state.

Over the last couple of days, average Covid fatalities at the hospital are increasing by the day as it has already been recording eight deaths per day. The average deaths in March were four.

Meanwhile, the hospital authorities claimed that patients were reaching there at a very late stage that reduced their chances of survival. In wake of mounting deaths, health experts said it was merely a misconception that the second wave was not as deadly as the first one. The average daily positive cases have already breached the first wave count while the death tally would also follow the same trend in coming days, they added.

Dr RPS Sibia, head of the medicine department, Government Rajindra Hospital, said, “This time, the number of serious patients is quite high. At present, 62 patients are in the ICU.” He said people were still not visiting hospitals for testing. “I urged the public to rush to the health centres as soon as the first symptom appears,” Dr Sibia added.