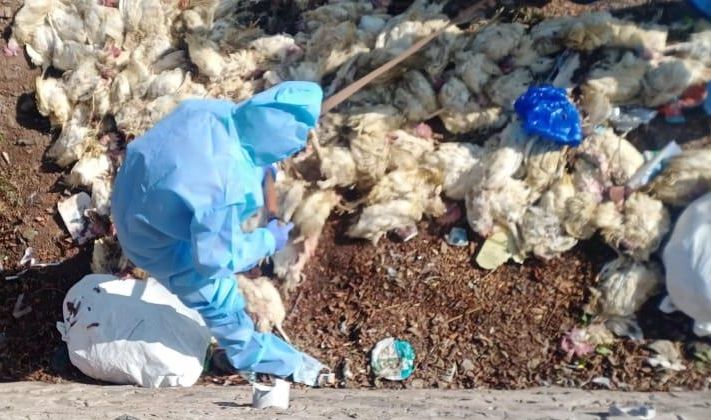 The Department of Animal Husbandry found dead chickens dumped at a field in Sanaur block of the district yesterday. The officials collected the samples of the dead chickens and sent to Regional Disease Diagnostic Laboratory (RDDL), Jalandhar, for a bird flu test.

Rajinder Goyal, Deputy Director, Animal Husbandry, said around 15-20 dead chickens were found in a vacant field. They had already screened the nearby poultry farms. “We are keeping a vigil on poultry farms. We have been sending out messages to the poultry farm owners asking them to report every death of chicken,” he added.

Around 700 dead chickens were found at Rakhra village last week.

The officials said chickens, if not properly taken care of, died naturally owing to cold weather. In fact, most farm owners have stopped giving feed to chickens due to low demand amid the bird flu scare.