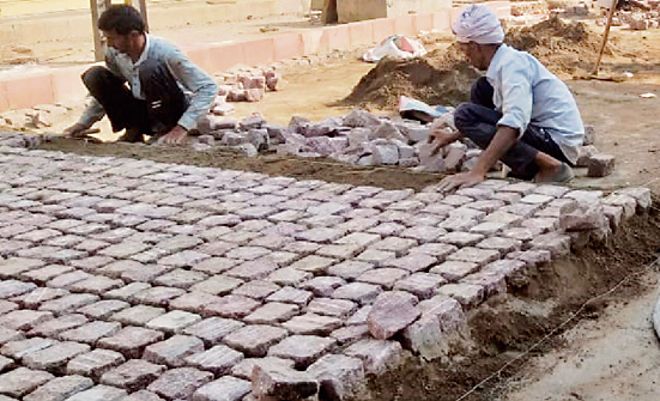 A file photo of the Heritage Street in Patiala.

The Patiala Development Authority (PDA) has extended the deadline for construction work of Heritage Street in Patiala city by six more months, till March 2022. This is after the work on the Rs 43-crore project was delayed due to prolonged civil works and residents’ objections over various issues.

Officials of the Patiala Development Authority (PDA) confirmed the extension given for the project.

The construction work on the Heritage Street project around Qila Mubarak costs Rs 43.63 crore, which includes shifting all high-voltage and low tension power supply cables underground along with cobbling of a 2-km stretch with red granite stone. Installation of compact substation transformers, steel plates to upgrade the facade and signage are part of the project along with installation of artwork sculptures and artistic streetlights for beautification. The project will also see installation of CCTV cameras and construction of a small open air amphitheatre.

Meanwhile, PDA Additional Chief Administrator Gautam Jain said today that a number of changes were administered in the project. He said, “The deadline for the project has been extended from September 30 to March 2022. This is because the scope of the project has been changed. We have now decided to provide overhead electricity connections in the streets which were otherwise to be underground as per the earlier devised plan.”

He said the work also witnessed opposition from residents due to the slow pace of work. “The work was also held up due to various reasons”, he pointed out. He said the pending civil works would be completed after the festive season.