32 new cases take tally to 418; fogging ramped up in Patiala 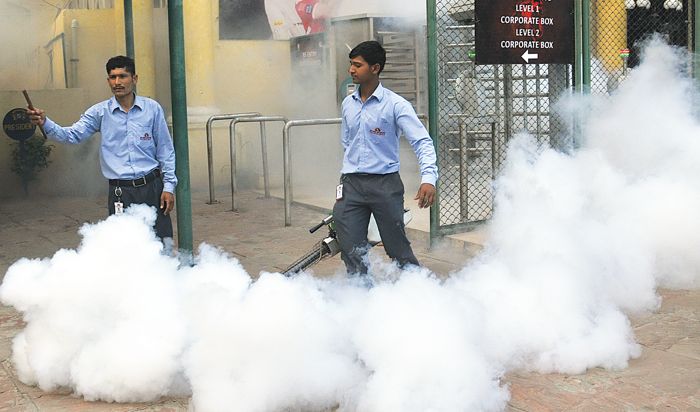 With an increase in cases of dengue in the district, officials of the Municipal Corporation, Patiala, and various councils in the district have ramped up fogging. File photo

Officials in various councils informed that fogging had also started in village areas to control the spread of dengue. Earlier, they did not have fogging machines, but now the procurement process had started and many blocks had been provided machines.

Ravneet Singh, Executive Officer, Rajpura Municipal Council, said, “A few cases have been reported from the city region of Rajpura. The fogging process is already on here. We have started fogging in areas adjoining the town, including the affected Bathonia village and others which do not fall under our ambit as well.”

The ADC, Urban Development, Gautam Jain, who oversees the activities of all councils in the district, said, “We have ramped up fogging in our areas. The process of clearing dengue larvae has also been fast-tracked in all areas.”

Poonamdeep Kaur, Commissioner, MC, Patiala said, “We are getting daily reports regarding dengue cases reported from the city. We are locating the hotspot areas where fogging has now been increased to twice everyday. We have made a roster according to which the entire city is being covered within a week in turns.”

She said the MC had seven health inspectors and all were tasked with carrying out fogging and clearing stagnant water. “Reports regarding it are being regularly sent to the office of the Deputy Commissioner,” she said. The Municipal Corporation has 25 hand-held fogging machines and three tractor-mounted machines.