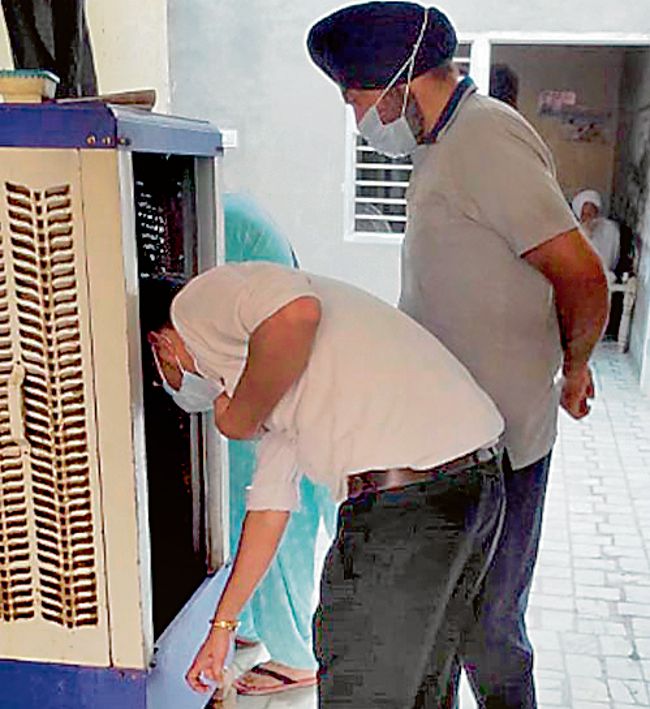 A health worker checks for larvae at a house in Patiala. Rajesh Sachar

Spike in cases has already led to an increase in hospitalisation of dengue patients. The Health Department said that dengue larvae continued to be detected in large numbers from households during the anti-dengue drive.

Though cases have started to rise, the situation is under control. Residents should take necessary precautions like draining out stagnant water from discarded items, especially desert coolers, to avoid dengue breeding. Dr Sumeet Singh, District Epidemiologist

Health officials informed that 46 per cent of dengue larvae in households were detected in desert coolers, while 26 per cent were found in waste containers lying in the open.

In the wake of the worsening situation, the Health Department called on the residents to actively participate in the fight against dengue.

Dr Sumeet Singh, district epidemiologist, said though cases had started to rise, the situation remained under control. He said there was no clustering of dengue cases so far.

He said, “Residents should do more and take necessary precautions like draining out stagnant water from discarded items, especially desert coolers to avoid dengue breeding. Besides, they (people) should get themselves tested for dengue immediately on the onset of dengue-like symptoms.”