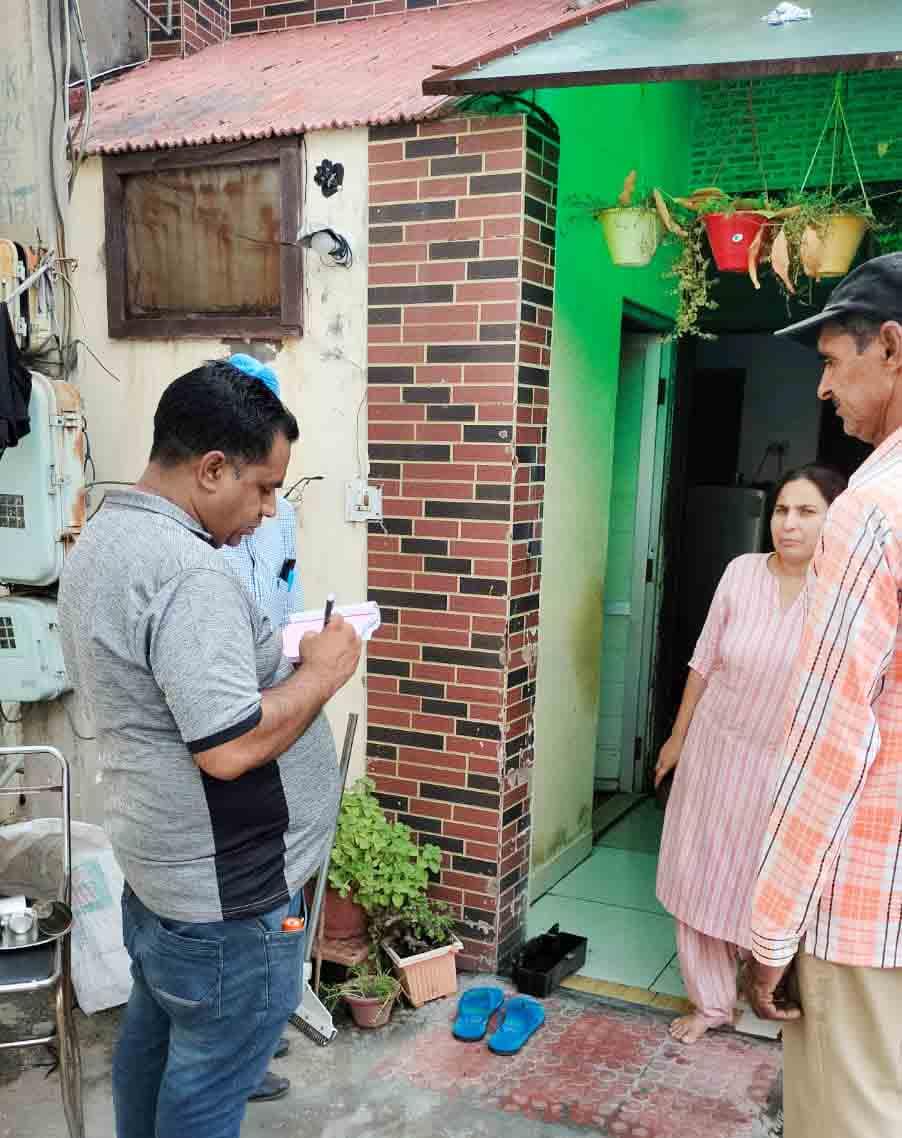 An official of the Health Department serves a notice on a house owner in Nabha on Tuesday. Photo: Rajesh Sachar

With seven fresh cases, dengue continues to spread its tentacles in the district. The count of dengue cases in the district has already risen to 73 this season. Forty-four cases were reported from urban areas and 29 from the rural belt.

After dengue larvae were found at various spots in the district, the Health Department today said dengue cases were expected to rise across the district in the coming days. Residents had been asked to take preventive steps, said the Health Department. Incessant rain over the past few days has put the health officials in a quandary as threat of dengue outbreak, in the face of rain, loomed large.

Dr Sumeet Singh, District Epidemiologist, said health teams had already been spraying larvicides at the open sites, where water had accumulated. Spraying of larvicides at water accumulations was very detrimental to stop dengue breeding, he added. “After the rains, dengue breeding sites at open sites and inside the households may have increased. We need community participation to fight dengue.”

Seeking cooperation from the residents, he said the Health Department was sending its staff as ‘breeding checkers’ to identify mosquito breeding sites in households, therefore, people should cooperate and let them in to check the dengue breeding.