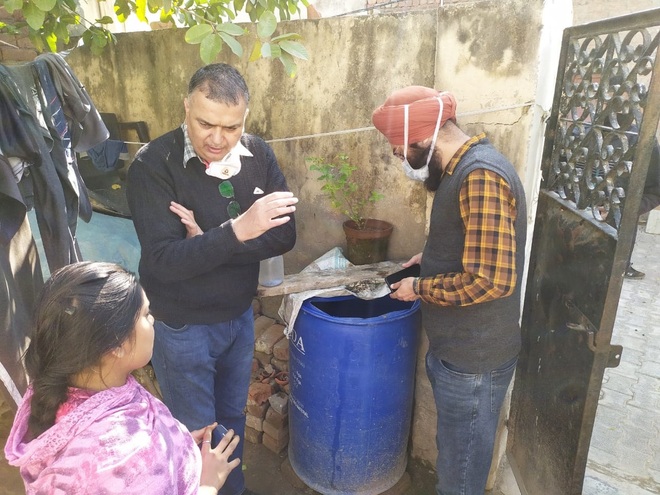 Health officials check a drum for mosquito larvae in Patiala.

As many as 98 house owners were issued ‘warning notices’ by the Health Department after mosquito larvae were found on their premises during an anti-dengue drive on Friday.

Health Department officials said as many as 28, 962 houses were checked during– Dry Day Friday – the anti-dengue drive. Larvae found at 98 houses were destroyed on the spot, they added.

As many as 290 people were infected with dengue in the district this season, they said.

Following the lackadaisical attitude of city residents, officials added that they were not actively participating in the anti-dengue drive.

“It has come to the fore during the drive that people have not drained water from their dessert coolers and discarded containers on rooftops despite repeated reminders,” said officials.

The Patiala Civil Surgeon, Dr Harish Malhotra, said, “It is saddening to see people still ignoring dengue guidelines. Despite repeated reminders, dengue larvae are found in many houses during the drive.”