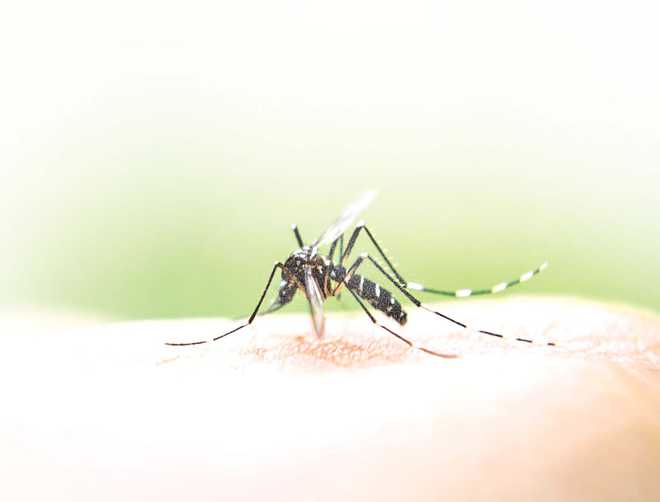 With 10 new cases within a week, the deadly dengue has started to spread its tentacles in the district. The Health Department said dengue cases had already started to rise in the district over the past few days. - File photo

Some dengue positive patients required hospitalization. They were admitted to the Government Mata Kaushalya Hospital. The Patiala Civil Surgeon, Dr Prince Sodhi, said since symptoms of Covid and dengue were similar, therefore, people should get themselves tested if someone had fever.

The Health Department was providing free tests for dengue, Dr Sodhi added. “Today, we flagged off rickshaws for spreading awareness about dengue in the city. People should realise their responsibility and drain water from discarded items to avoid breeding of mosquitoes,” said Dr Sodhi.

Dr Sumeet Singh, district epidemiologist, said, “Though, the environment is conducive for dengue breeding, the situation is under control as of now. People should play an active role and keep checking their surroundings to stop breeding of mosquito larvae.”