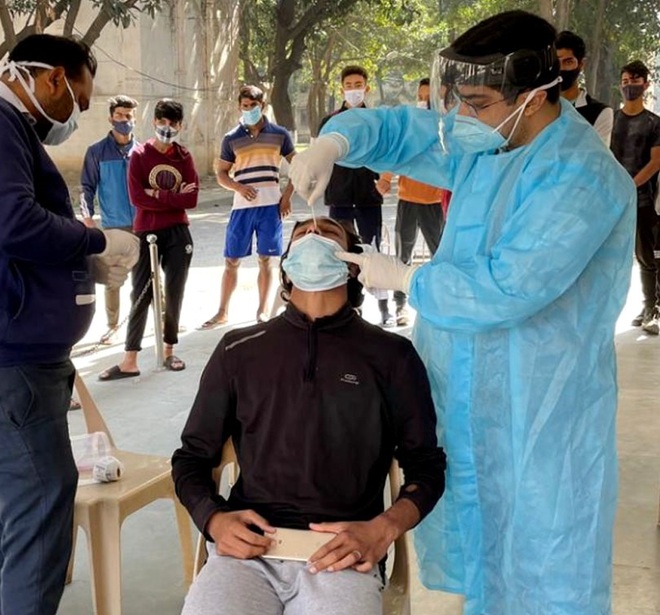 The spike in coronavirus cases continued as the district reported 84 positive cases today, thereby, taking the total count to 17, 699 since the pandemic outbreak last year.

Majority of positive cases reported over the past one week are those persons, who were home quarantined.

Despite surge in coronavirus cases the mortality rate in the district is still below two per cent. Over the past one week, Patiala reported around 627 cases. However, only 10 Covid related deaths were recorded.

As per the Health Department, mortality rate is hovering around 1.60 per cent, which is comparatively less from the rate of the first wave in August last year. Of 693 active cases, maximum were home isolated while only 53 positive patients were hospitalised. Health experts said patients now preferred home isolation.

Commenting on the apprehension of virus mutation, the Patiala Civil Surgeon, Dr Satinder Singh, said, “It is too early to comment on any mutation in the coronavirus. However, we are closely monitoring the sudden rise in cases.”

The district epidemiologist, Dr Sumeet Singh, said, “Though it is too early to comment on the severity of the virus, however, spread during this wave is faster than the previous one.”