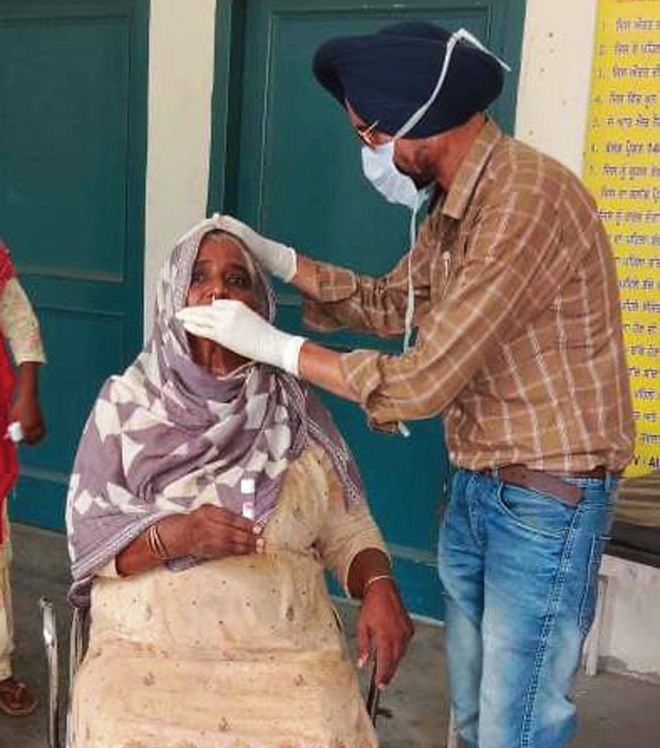 A health worker administers a dose of the Covid vaccine to a woman in Patiala on Friday.

Every third person, who is being tested, is turning out to be Covid positive in the district. The positivity rate today reached close to 33 per cent — the highest ever since pandemic broke out in 2020.

Health officials said the third wave, which has already set off, was the fastest rising as compared to previous two. The district, in the highest single day spike since the pandemic broke out in 2020, reported 831 positive cases today.

With this development, the active case count in the district has now risen to 2,916. Health officials said that daily positive count could go around 1,500 during the peak of the third wave. The district has reported 2,216 cases over the past three days.

Officials of the Health Department said that hospitalisation, despite exponential rise, was around two per cent of the active cases.

Dr Sumeet Singh, district epidemiologist, said that cases would continue to rise in the coming days. He said around 95 per cent of the cases, so far, had been reported from Patiala City. He said, “The infection rate of the new variant is very high, therefore, the positivity rate is also high. Large gatherings have played spoilsport, and it will create havoc in the coming days if not stopped.” 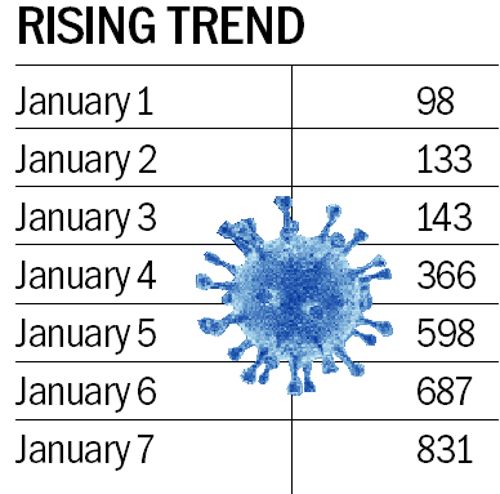