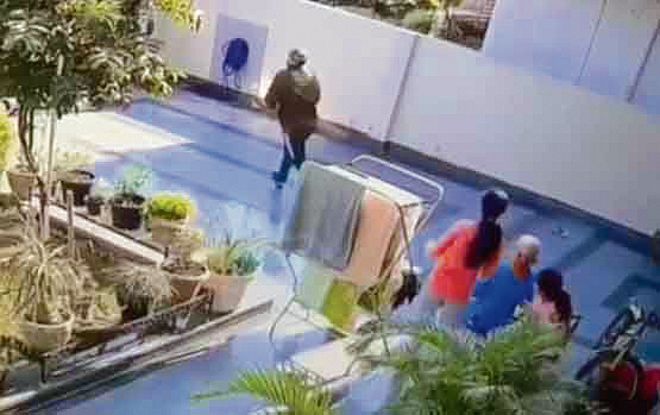 The district reported as many as seven incidents of snatching, including a robbery, in the past 14 days. The police said they have managed to nab several miscreants.

Last week, a video of an incident at Century Enclave went viral. A man entered a house and snatched a gold chain worn by an elderly lady sitting on the porch. He fled the site with another individual on a two-wheeler. Jagpal Singh, the woman’s son, said, “We gave the video proof, the registration number of the two-wheeler and the photographs of the individuals to the police. We are yet to hear if the culprits have been caught. While my 68-year-old mother suffered only minor injuries on the neck, she was traumatised.”

In another case registered at Kotwali, Satgur Das of Nabha, managed to catch hold of two of four individuals, who snatched his mobile phone. He said the incident took place when he was sitting at a park. He said four individuals snatched his mobile phone and fled the spot. But, the complainant along with his friends located them at a mobile repair shop in the evening. The snatchers had gone to the shop to get the phone unlocked. The victim managed to nab two of them and the other two fled.

In Ghanaur, a bank manager reported a robbery. Amit Thaman said three individuals with their faces covered entered the bank and snatched mobile phones of those present there. They took away cash, DVR and monitor of the CCTV camera and a motorcycle belonging to a visitor.

Concerned about the incidents, a resident said, “Snatching incidents have increased since some time now. Most snatchers seem to target mobile phones. The snatchers seem to have lost all fear of being caught and go around snatching items in broad daylight.”

Mohinder Singh, a resident of Urban Estate and a member of resident welfare association, said, “We regularly hear about incidents of snatching and thefts in the area. These incidents have only increased.”

SSP Patiala Varun Sharma said the police have managed to trace a number of snatchers involved in the recent snatching incidents and have caught them. “We recently nabbed three snatchers in Nabha and two in Patiala city. We have also recovered stolen motorcycles. The police are actively acting against such miscreants.”

Dec 4: Man entered a house in Century Enclave in daylight and snatched an elderly woman’s chain.

Dec 2: Two individuals snatched a man’s mobile phone and attacked him with bricks.

Nov 30: A man’s mobile phone was snatched, but he managed to recover the phone.

Nov 26: A mobile phone snatched from a woman commuting by an e-rickshaw.