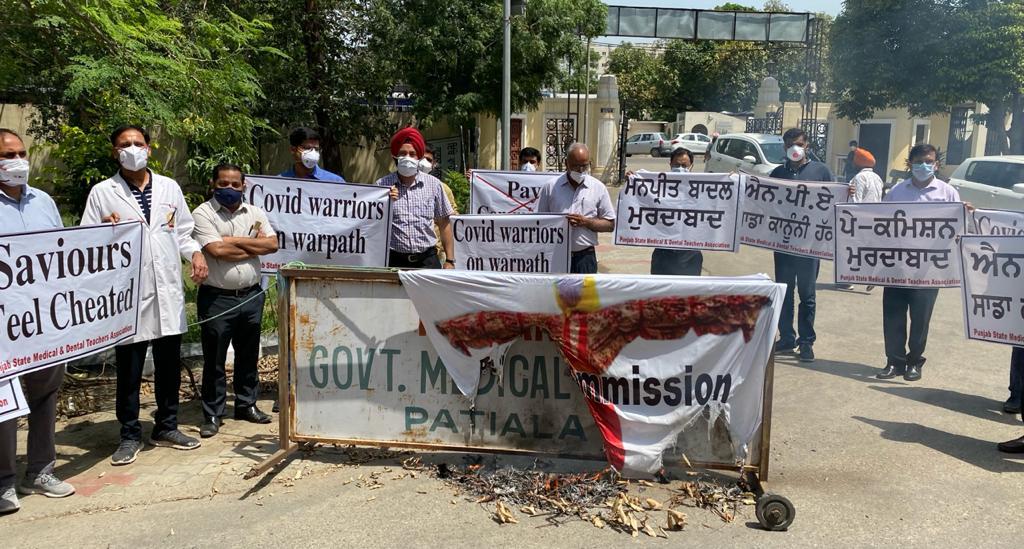 Doctors working at Government Medical and Dental Colleges in Patiala on Tuesday burnt the effigy of the Sixth Punjab Pay Commission.

Doctors working at Government Medical and Dental Colleges in Patiala on Tuesday burnt the effigy of the Sixth Punjab Pay Commission in protest of the commission's report that caused them a huge financial loss.

Doctors have decided to oppose the report and have started agitation in collaboration with PCMS, Ayurvedic, veterinary, RMO and Dental surgeons associations in the state.

The doctors raised slogans against Punjab Pay Commission and Finance Minister Manpreet Singh Badal for "misguiding" the Punjab Cabinet on the pay of government doctors which will lead to a drastic cut in the salaries of medical and dental teachers instead of any financial benefits as the non-practice allowance (NPA) has been decreased from 25 to 20 per cent and delinked from the basic pay along with withdrawing of the academic allowance being given to the medical and dental faculty for academic and research purpose. 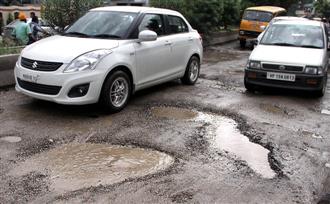