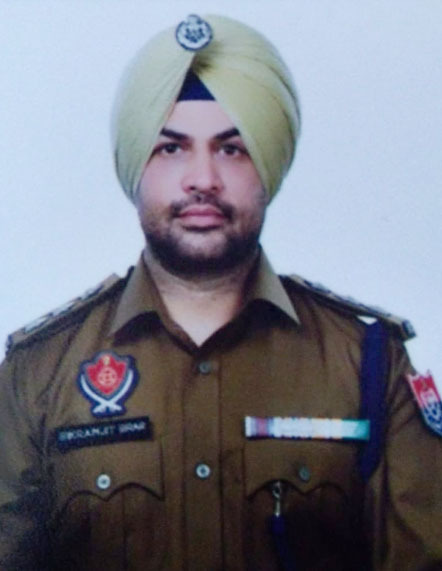 Bikramjit Singh Brar, the lone decorated cop from Punjab, has been awarded the Union Home Minister’s Medal for Excellence in Investigation for 2020.

The award comes following the DSP’s role in investigations leading to the arrest of gangster Sukhpreet Budha, busting illegal nexus of gun house owners and gangsters in which more than 150 weapons were recovered, arrest of Harman Bhullar and six others from Rajasthan, accused of being involved in sensational crimes in Punjab, and recovery of sophisticated automatic arms from terrorist Billa.

Earlier this year, he was awarded the President’s Police Medal on Republic Day for his bravery during the encounter against noted gangster Vicky Gounder.

A product of Yadavindra Public School, Patiala, Brar has been in the limelight ever since he joined the police force as an ASI, following his tirade against gangsters and his ability to solve many heinous crimes, including a kidnapping bid wherein he led the team to recover the kidnapped child within 24 hours.

Brar is posted DSP Mohali these days. His father, Baldev Singh Brar, was posted as SP (Detective), Patiala, when he was shot dead on a morning walk in 1988. “I am honoured to get this award and I do not have enough words to thanks my seniors and colleagues who have always been my strength,” said Brar, one of the most highly protected cops following a threat to his life.