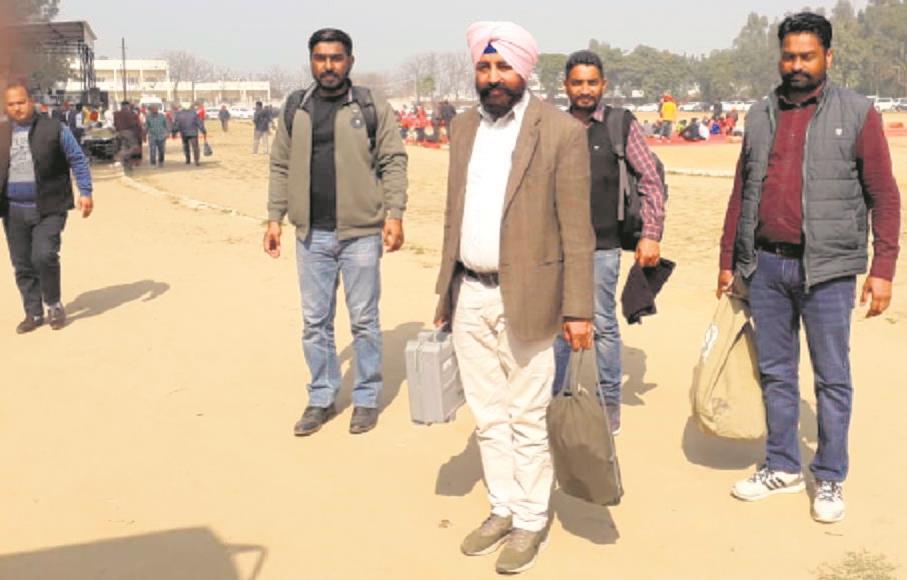 The district administration has made preparations for tomorrow’s Municipal Council (MC) elections in Samana, Patran, Nabha and Rajpura. Officials said they had deployed 760 staff members and officers on election duties for smooth conduct of voting. They reached their respective polling booths today, officials added.

Meanwhile, the police have also prepared a list of 33 hypersensitive polling stations apart from deputing four SP level officers and eight DSP level officers in all the four municipal areas along 1,800 police personnel.

District electoral officer Kumar Amit accompanied by SSP Vikramjit Duggal said, “Voting for the MC elections will be held in a fair, smooth and independent manner.”

The polling staff has been directed to make adequate arrangements to prevent the spread of the Covid-19 pandemic. As many as 1,97,812 voters will be able to exercise their voting rights during elections in 92 wards of the four Municipal Councils, of which 1,03,458 are male voters, 94,334 are female voters and 20 belong to third gender.

The SP (Investigation), Harmeet Singh Hundal, who is looking after security arrangements in Rajpura, said they had deputed extra police staff at hypersensitive polling booths. “Patrolling parties will also be active in the entire area, which has been divided into respective zones,” he added.