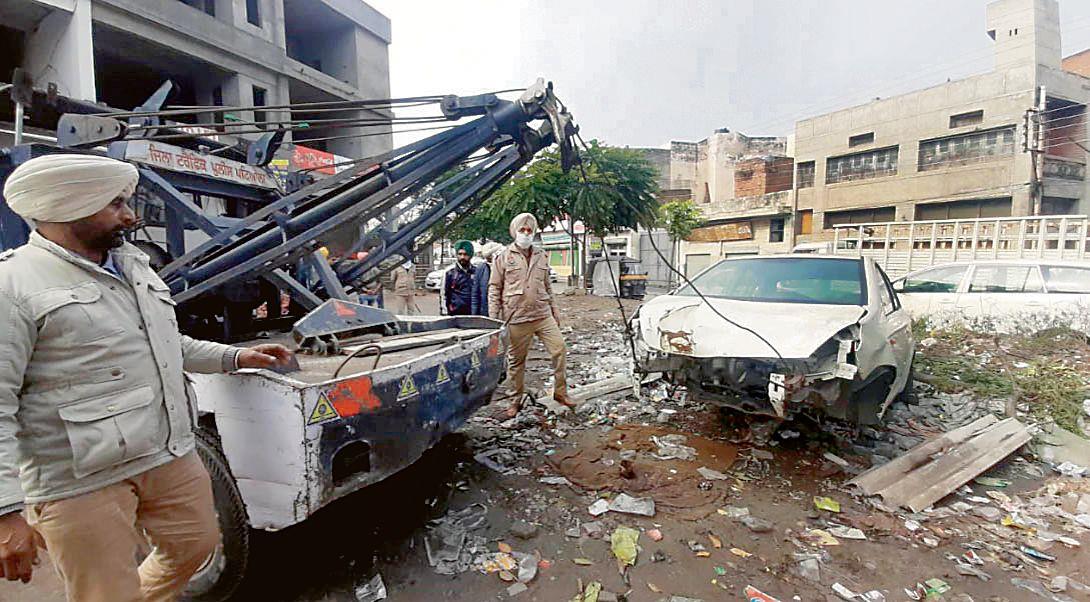 The Municipal Corporation (MC) today carried out a drive against encroachments at the Sai Market in the city. Officials said the drive was carried out with the help of the Police Department. A team of the corporation had recently removed illegal obstruction of public corridor from the Choti Baradari market area as well.

Officials, who were part of the drive, said they removed several cars parked on the road, which were inconveniencing the public.

Munish Puri, one of the members of the team, which carried out of the drive, said, “We removed various cars, which were parked on roads. Others without tires discarded on roads were also removed. All vehicles were taken away as these were encroaching on the public land.”

Officials also issued challans to those using public place for painting and denting of vehicles. “Over five to six challans have been issued for encroachment of the public place,” Puri added.