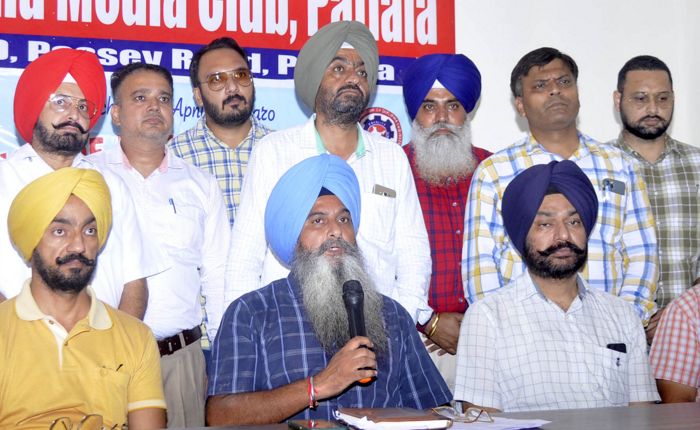 The Council of Diploma Engineers, Punjab, will hold a state-level ‘engineers protest rally’ against the 6th Pay Commission scales tomorrow.

The engineers are also demanding re-implementation of the old pension scheme.

Interestingly, a faction of the engineers today said they would not join the protest as they were already in talks with the government.

“The recommendations have generated a widespread resentment among the JEs, assistant engineers and others. We have already been observing a series of actions against the government in the past three months,” they said.

A protest rally will be held in Patiala on September 8 in which leadership of All India Power Engineers Federation, comprising Punjab, Himachal, Haryana, Chandigarh and Jammu and Kashmir will participate, they said.

Meanwhile, the group of engineers under the banner of PWD Diploma Engineer Association during a separate press conference said they would not participate in the protest as.

President of the association Dilpreet Singh Lohat said: “We are holding talks with the government on various issues. The government has also accepted a number of our demands. Therefore, there is no reason to protest.”