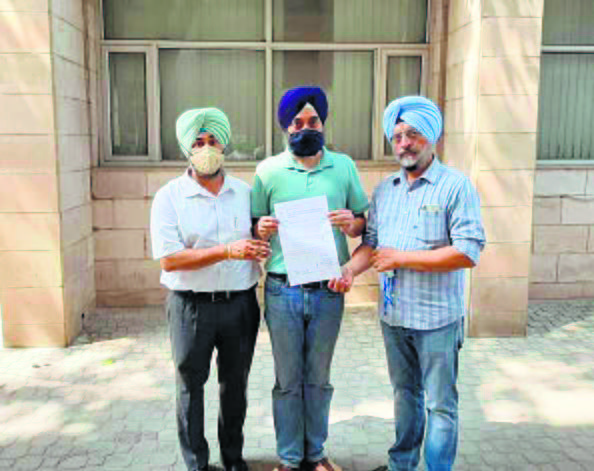 Former Mayor Amarinder Singh with a copy of the complaint given to the SSP in Patiala on Wednesday. Tribune photo

Former Mayor Amarinder Singh today gave a written complaint to the Patiala SSP against an Instagram account for hurting the sentiments of the Sikh community.

In his complaint, the former Mayor alleged that objectionable posts regarding the Sikh Gurus were shared by an Instagram account under the name of ‘Valourous.hindu’.

“Attempts are being made by unscrupulous elements to hurt the religious sentiments of the Sikh community. We demand that the police should identify persons, who are behind these objectionable posts and take strict action against them,” he said.