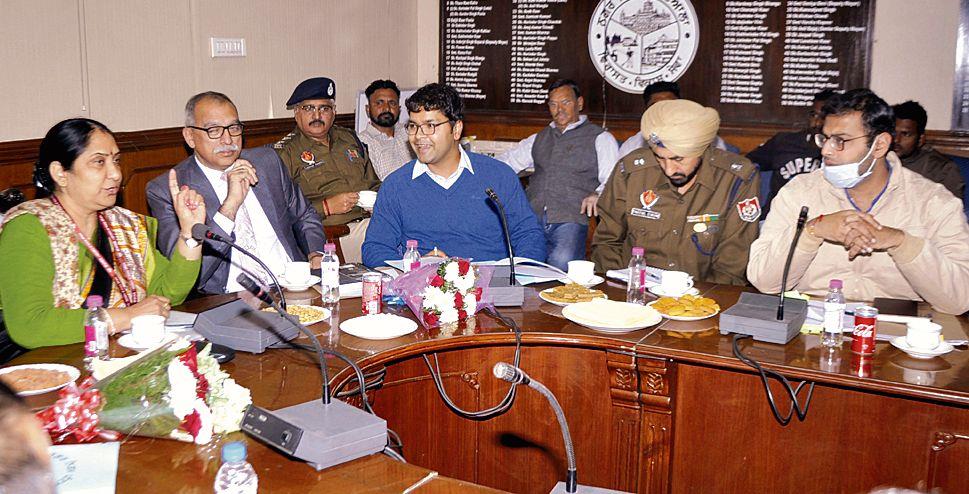 Anjna Pawar, member, National Commission for Safai Karamcharis, during a meeting with sanitary workers of the Municipal Corporation directed district officers to extend the benefits of government schemes to the sweepers and needy. She was in the city to discuss the issues being faced by cleanliness workers. Deputy Commissioner Sandeep Hans and Municipal Commissioner Vineet Kumar were also present in the meeting.

She said immunisation of sweepers was important as they remain at risk of diseases. She said regular medical check-ups of the workers and their family members should be ensured every three months. She assured the cleanliness workers that pending cases of ex-gratia grant of the deceased would be resolved on priority basis and directed officers concerned to release fixed salaries to sanitary workers. She also directed the officials to make the sanitary workers aware of the schemes of the state and the Central Government.

The DC said, “Sanitary workers who will do commendable work will be honoured on January 26 and that the children of the sweepers will be registered with the District Bureau of Employment and Enterprise to prepare them for the competitive examinations.”

Meanwhile, the union representatives submitted a memorandum of demands to Anjna. The member assured them that their legitimate demands would be met. — TNS