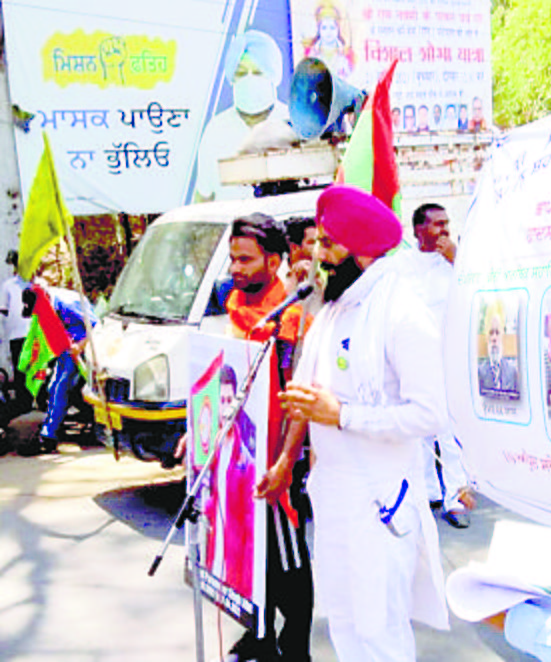 Farmers stage a protest at the Thapar University chowk in Patiala on Monday.

Families of those who were either killed or injured in the March 29 road accident today staged a protest outside the district administrative complex and the Thapar University chowk.

The protesters demanded that the name of the chowk should be changed among other demands.

The protest was held after a day the families were provided compensation by the state government.

Retired college lecturer Ajaib Singh, associated with the protest, said: “Compensation amount of Rs 1 lakh has been given to those who were injured in the accident. The family of 16-year-old Paramvir Singh has already spent nearly Rs 4 lakh on his treatment but the government has provided only Rs 5 lakh. The families should be provided more compensation.”

He said the families, along with farmers, demanded to change name of Thapar University chowk to ‘kisan sangharsh yadgari chowk’. Farmer unions had decided to begin their protest against the three farm laws at the chowk again.