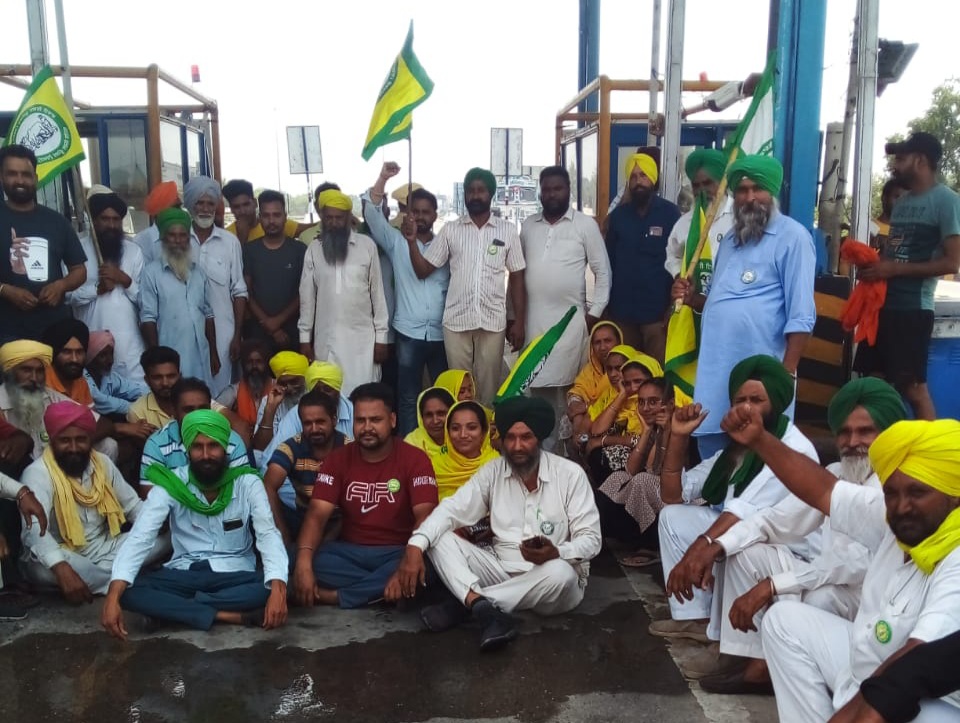 Farmers and residents associated with the Bharti Kisan Union(BKU), Sidhupur, and the Bharatiya Kisan Union (Ekta Ugrahan) of 22 villages, adjoining the Dhareri Jattan toll plaza, today held a protest demanding exemption from toll charges and stopped the plaza functioning throughout the day.

Swarn Singh, general secretary, BKU Sidhupur, Paitala, said the toll officials had collected toll charges from a number of villagers on Thursday. “Before this residents of all 22 villages, living within a radius of five km of the toll plaza, were exempted from the charges. Now, they offered us a concession in monthly pass charges, but that is not acceptable. They should allow us to go through as was applicable to us earlier.”

He said the farmers raised a protest after the toll officials did not offer them a respite.

The residents said they blocked the toll plaza in the afternoon today and continued till evening.

“ The protest will continue till the time they do not adhere to our demands,” Swarn Singh said.

SI Gursewak Singh, police post in charge Bahadurgarh said, “We received information about the protest and tried to resolve it. Tehsildar Patiala also reached the site but the matter was not resolved till late evening.”

Meanwhile, all vehicles approaching the plaza crossed through without paying requisite charges.