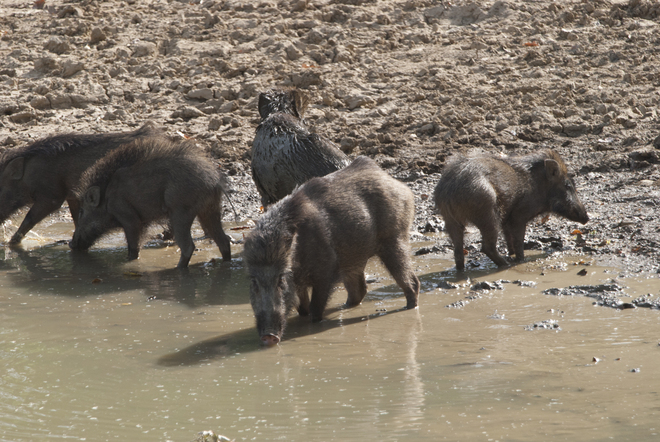 The growing wild boar population is troubling farmers in the state.

Farmers are queuing up in Patiala to approach traditional hunters to get rid of wild boars that destroy their crops. Ahead of the winters, farmers in the state are spending sleepless nights due to threat to their crops from the growing population of wild animals.

Their population has increased in the Kandi, Malwa and border belts with Anandpur Sahib, Ferozepur, Nawanshahr, Patiala, Ropar, Sangrur, Mansa, Ludhiana and the stretch adjoining the foothills of Shivalik being worst sufferers. According to farmers, the wild boars attack their crops at night. “These animals destroy more than they can consume. They aggressively charge at us, if stopped,” said Harpreet Singh from Anandpur Sahib.

“Getting compensation is a tough procedure and usually a majority of farmers use electricity fencing — a very inhumane method to kill the animals,” he added.

“We usually get in touch with a handful of hunters left in Punjab who save us and our crops from the wild boars, which usually attack in herds,” said another farmer, Barinder Singh.

“Besides vehicle and fuel, I have to arrange for food and weapons. Further, getting necessary permits from the Wildlife Department makes it tough for us as they demand land-related documents before we are allowed to shoot wild animals. Despite hundreds of farmers visiting me, I am able to help only a few of them,” said Balraj Ghumman, a traditional hunter. “I have already received requests from over 10 villages in Bhadson and Ropar,” he said.

However wildlife conservationists opine that culling is no solution and perhaps compensation claims should be simplified. Jaskaran Sandhu, Member, Punjab State Board for Wildlife Preservation, said they were aware of the issue and would soon take up the matter in their next meeting.