Farmers to protest land acquisition for expressway in Patiala 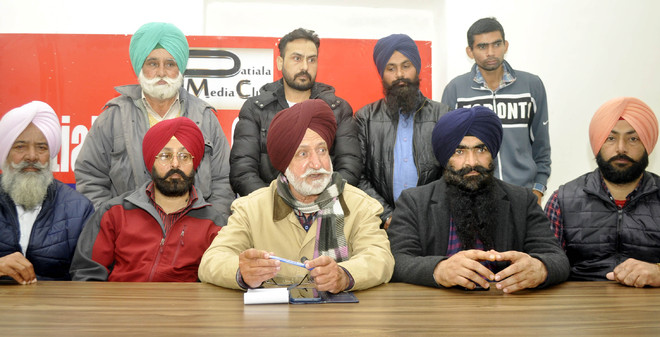 Members of the Delhi-Katra Expressway Sangharsh Committee today said they would hold a protest march here against the acquisition of land for the project. During their first press conference at the Patiala media club in the city, they said they had decided that they would not give their lands for the project, as construction of the highway would be detrimental for farmers.

Sukhdev Singh Dhillon, state president of the committee, said the expressway would be constructed for transportation of industrialists’ goods from their godowns. “The government wants to acquire lands of farmers at low rates for the benefit of the industrialists without rehabilitating the farmers. Trees will be razed along with houses. We are not allowing private surveyors to come to our villages. We are willing to talk with the government only after the farmers’ protest in Delhi comes to an end.”

The farmers said they had met several ministers and MLAs in this regard. “We also met PWD Minister Vijay Inder Singla and expressed our concerns, but we have not received any response. Now, after a number of press conferences, we will soon decide the date of the protest march in Patiala. Further steps will be decided after talks with farmers’ unions protesting at the Delhi