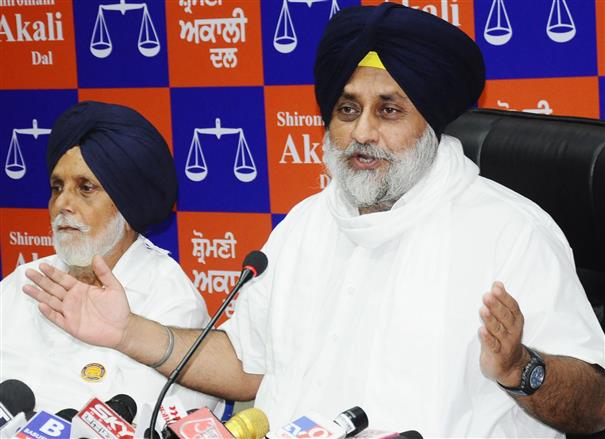 Addressing mediapersons, the leaders alleged that for the decline and the present pathetic condition of the party its president Sukhbir Singh Badal and the Badal family were directly responsible for it. The leaders said every party worker or leader, except certain sycophants, were demanding that the party president should resign or he should be removed from his post and the responsibility to run the party should be given to someone else.

They alleged under his leadership the party faced a crushing defeat in the 2022 Punjab Assembly elections. After the defeat, a review committee was also formed, which visited all the districts and met workers and the committee was briefed that the party president was responsible for it. They expressed surprise over the move of the party president to dissolve all committees. They said if the leaders wanted to save the party only those with a clean image having no personal interests should be made office bearers.