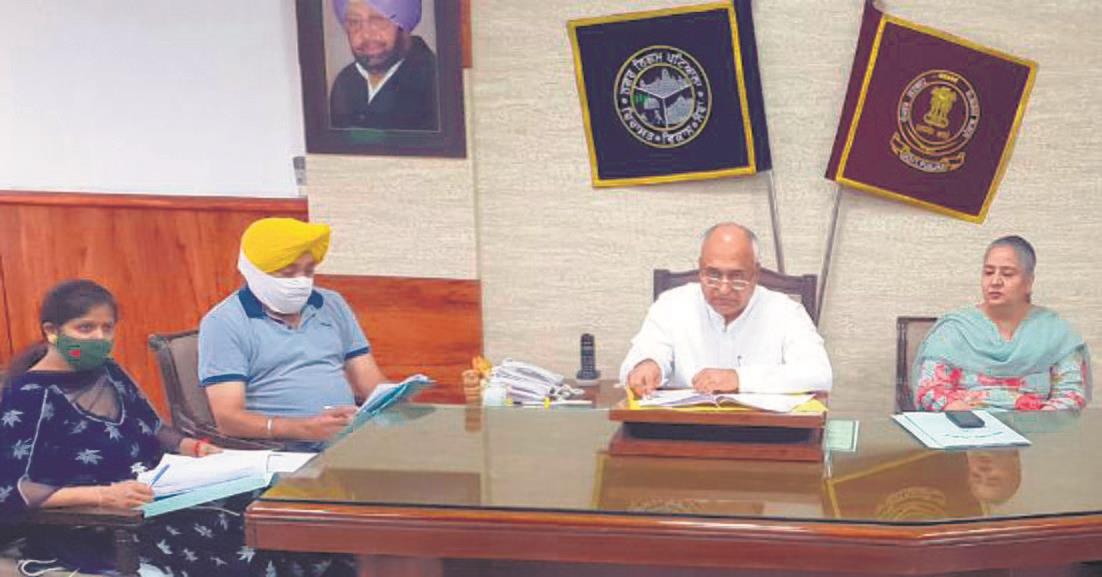 Mayor Sanjeev Sharma addresses a meeting of the Finance and Contract Committee at the Municipal Corporation office in Patiala on Wednesday. Tribune photo: Rajesh Sachar

During a meeting of the Finance and Contract Committee (F&CC) today officials of the Municipal Corporation (MC) decided to form committees to carry out road repair works in the city. Civic body officials said roads had broken after new sewer and water supply connections were given to consumers in the city.

Interlocking tiles, which were damaged due to various reasons, would be repaired with help of committees formed for the purpose, officials added. The information regarding damaged interlocking tiles in wards would be provided by respective councilors, said officials.

The F&CC today gave approval for various development works worth Rs17.81 crore in the city.

“The first phase of the dairy shifting project has been completed. An amount of Rs5.73 crore has been approved for the second phase of the project. With this, diaries of the whole city will be shifted to the new site by September 30,” officials added.