Only 28 samples taken this month against target of 65 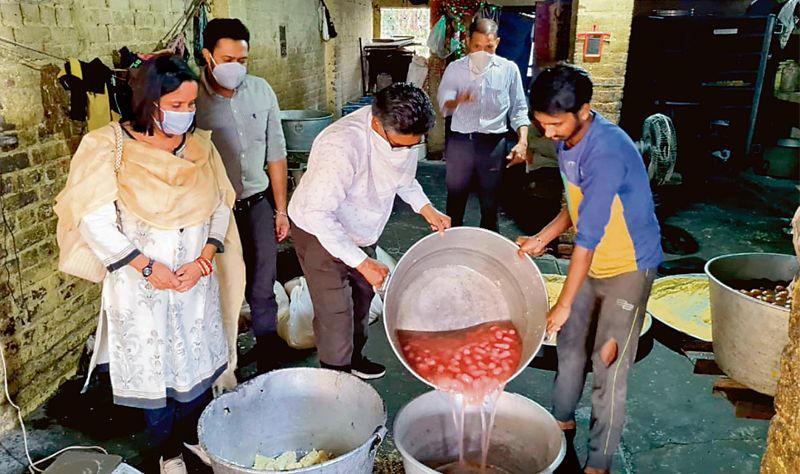 A team of the Health Department collects food and sweets samples in Patiala on Monday. Tribune photo: Rajesh Sachar

Amid the ongoing festival season, the food wing of the Health Department is seemingly going soft on food adulteration in the district. The department has collected only 28 food samples this month so far.

The monthly target of food sample collection is around 65. The food wing, however, said they would collect more samples in the coming days.

A few days ago, Deputy Commissioner Sandeep Hans had claimed that district administration was acting tough against food adulteration.

District Health Officer Dr Shelly Jetly said: “The month is not over yet. We will collect more samples in the coming days.” She said they had been taking all possible measures to check food adulteration.

It has been learned that infighting within the Food Wing Department is taking a toll on residents’ health. Earlier this month, lack of coordination among health agencies had come to the fore when a nine-member team, led by the Patiala Civil Surgeon, had to abandon the raid halfway because the District Health Officer allegedly couldn’t be part of the team. In one more such instance of infighting, some of the officials of the department are complaining that they could not carry out raids as sampling slips were not available with the department.