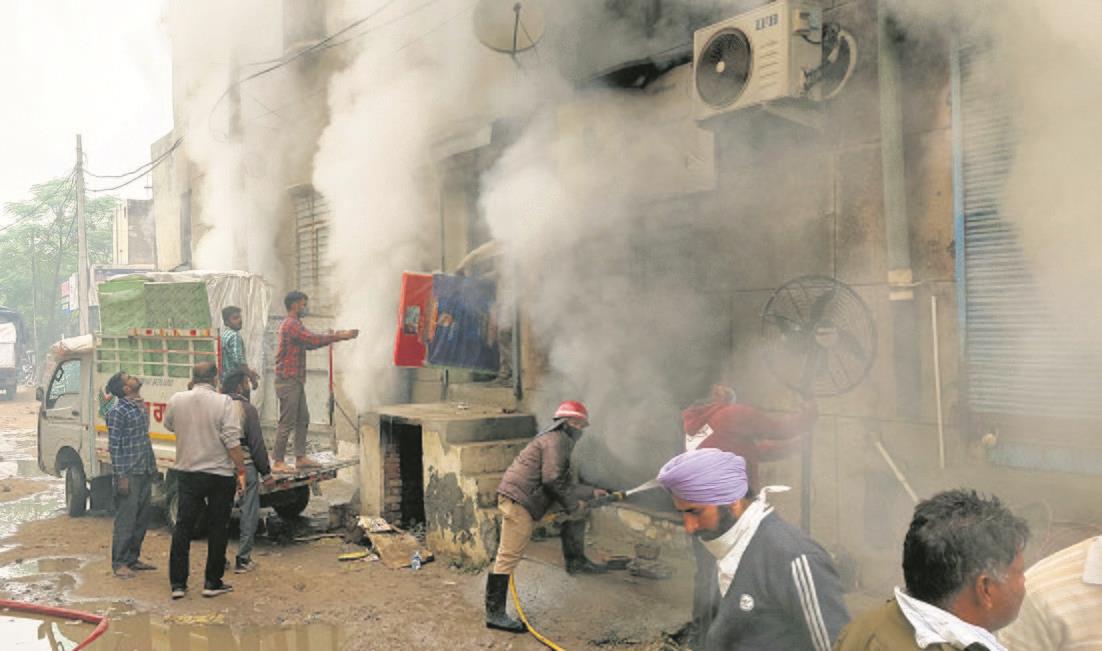 Firefighters try to control flames at the godown on the Rajpura road, Patiala, on Wednesday. Tribune photo: Rajesh Sachar

Over 40 fire engines were pressed into service after a fire engulfed a branded shoe godown at Gobind Bagh near Bari Nadi on the Rajpura road here. Fire officials, who continued the operations till late in the afternoon, said the incident was reported at 5.15 am. No one was hurt in the incident.

Officials said the cause of the fire was not yet known. Madan Lal Jalota, a fire sub-officer who was at the site, said they were informed about the fire at 5.15 am after which the fire engines were rushed to the site. He said fire engines were summoned from Rajpura as well.

An official said the building housed a showroom, a godown and an office. The goods kept in the godown were completely destroyed. Ankur Goyal, owner of the business, said they were yet to assess the loss.

Mayor Sanjeev Sharma also visited the site to take stock of the situation. He said those running businesses in the city should make sure they had the fire safety equipment in their shops and godowns.