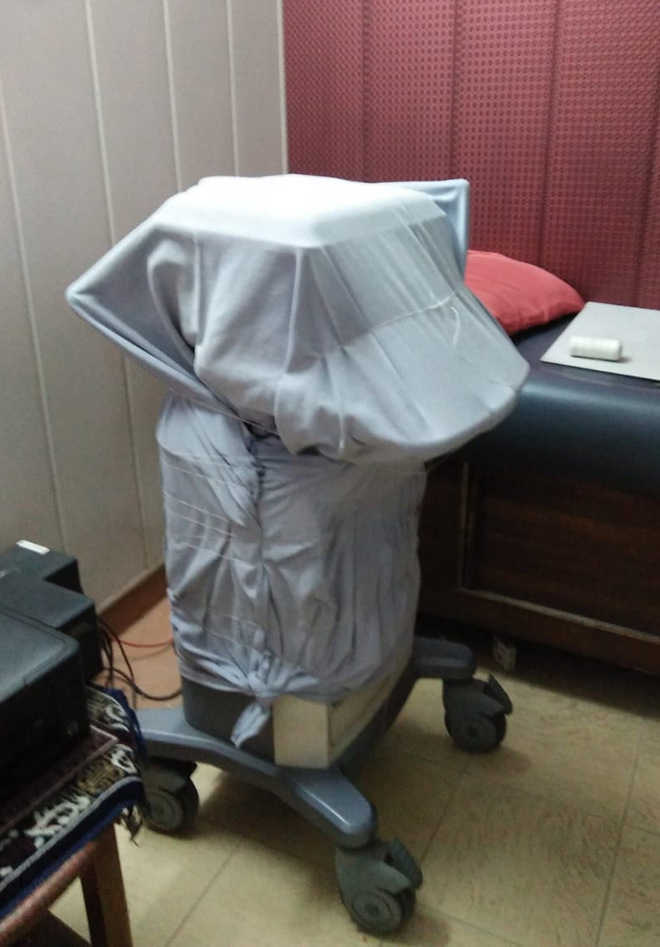 The state Health Department busted an illegal sex determination centre in Patran block and arrested a BAMS doctor this evening. He has been identified as Dr Ashok Kumar.

A team of doctors from Chandigarh raided the centre – Patiala Hospital – after receiving a tip-off from Speed Network, a private firm. Speed Network has been hired by the state government to check the misuse of ultrasound machines.

To catch the doctor red-handed, a deal was struck with an assistant-cum-dealer of the doctor for Rs25,000.

The Health Department sent a pregnant woman from Amritsar as a decoy patient to the centre with Rs25,000 to determine the sex of her unborn child. After the doctor declared the sex of the unborn child, health officials nabbed the dealer and the doctor, who is also the owner of the centre.

The department said Dr Devinder Kumari, who was working at the centre, had already fled with the cash and the ultrasound machine. She is the wife of Dr Ashok Kumar.

Patiala Civil Surgeon Harish Malhotra said they had recovered 1,170 tramadol tablets and medical equipment required for abortion. “The doctor and his agent have been handed over to the police. We are lodging an FIR against both doctors under the PNDT Act,” he said.

Patran block is infamous for illegal sex determination tests. Several such illegal centres have been busted in Patiala district in the past.