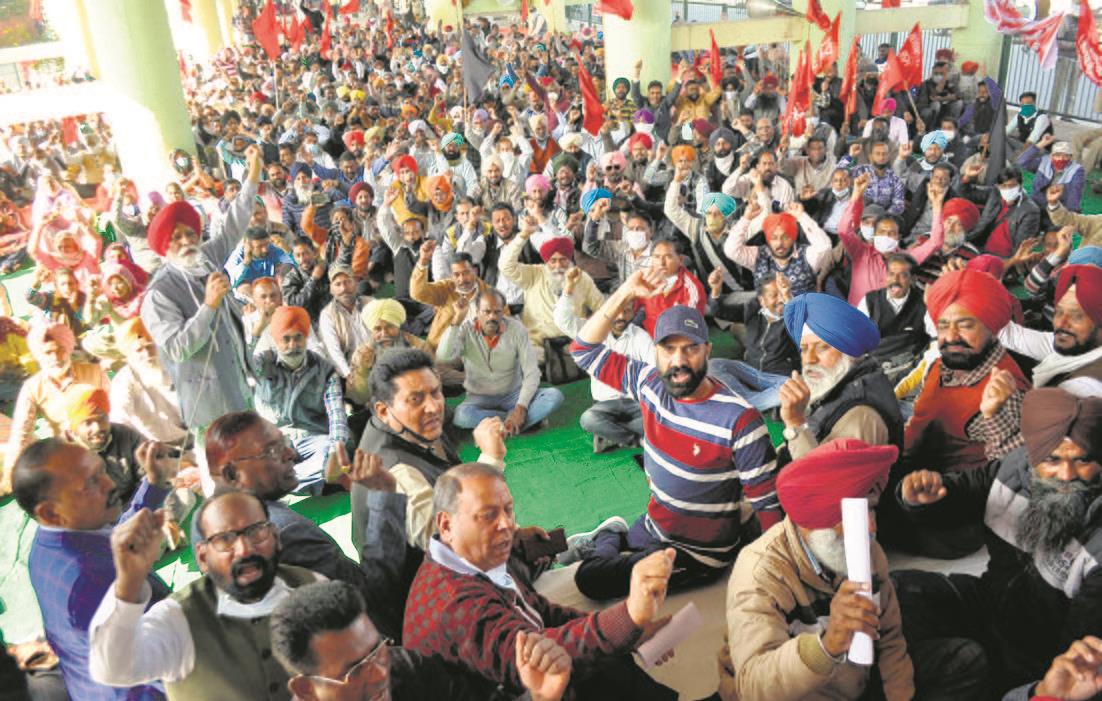 Leaders of the union said employees had come from various parts of the state to take part in the protest. Darshan Singh Lubana of the union said the state government should implement the recommendations of the Sixth Pay Commission, regularise jobs of contractual workers, hire new employees, provide pending arrears, re-implement the old pension scheme and raised other demands.

They had protested against the Punjab Government’s decision to hire new employees as per the Centre Government’s pay commission as workers would be working on lower scales, Lubana added.

“The state government is planning to do away with D-category jobs and implement a multipurpose system for employment. We have protested against this move,” said Lubana.

Union members said they would also participate in the protest called upon by trade unions on November 26. They would protest outside houses of MLAs and ministers on December 3 if their demands were not met, they added.

The protesters gathered at the flyover near the city bus stand and marched till Polo Ground in the city. They submitted a memorandum of their demands to representatives of the administration.