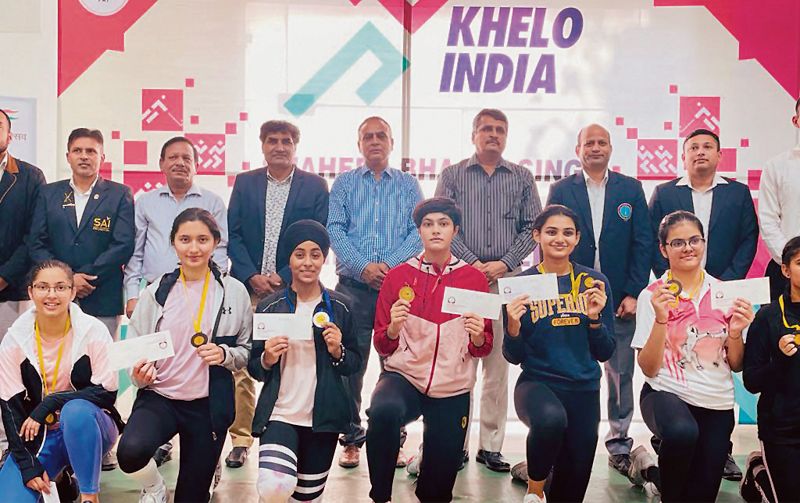 The winners of the fencing competition with their medals at the NIS, Patiala, on Sunday. Rajesh Sachar

Prachi Lohan of Haryana won the gold medal in under-17 category on the concluding day of the fencing weekend competition series named after Saheed Bhagat Singh.

Gobindnoor Kaur of Punjab won the silver while Kashvi Garg of Chandigarh and Ananya Sharma of Haryana bagged bronze medals in the category. The competition was held at the National Institute of Sports (NIS) under the Khelo India. The chief guest on the occasion, Col RS Bishnoi, Senior Executive Director, NIS, Patiala, presented medals to the winners.

The aim of the competition was to boost the confidence of fencers and give them real-time exposure to competition.