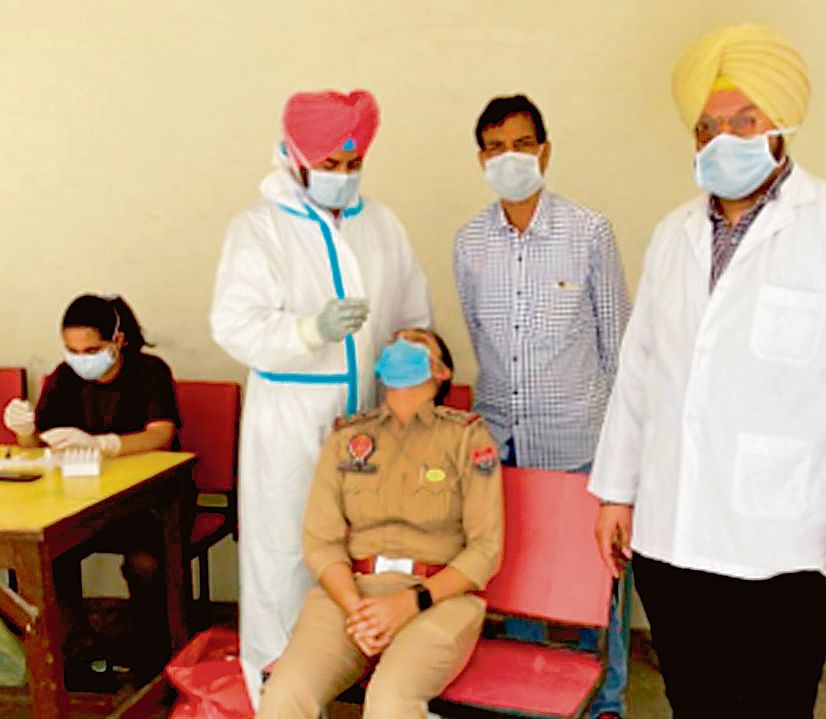 A health worker collects a swab sample for the Covid test. file

The Health Department declared a macro-containment zone at Ichhewal village in Bhadson block of the district after five new Covid cases were reported from there today. The number of total cases in the village has reached nine now.

It has been learnt that all the nine cases were linked to only one extended family and reported within three days. Dr Sumeet Singh, district epidemiologist, said only a few cases, which were reported at the initial stage, had symptoms. However, new cases were asymptomatic, he added.

They had already restricted movements in the affected area of the village to curb further spread of the virus, he said. They didn’t find any travel history of positive patients, he added. Therefore, it was important to restrict residents’ movement in the affected area, he said. “All the nine cases, however, are linked to one joint family. But, we have cordoned off the entire area to restrict movement therein. More samples will be collected if the need arises,” he added.

Notably, the Health Department had to declare macro-containment zone at Ichhewal village almost after a month because the district was reporting only a few cases every day over the past few weeks. Meanwhile, Patiala district today reported nine coronavirus cases. With this, the total count of positive cases in the district stands at 48,680 since the onset of pandemic.

The Patiala Civil Surgeon, Dr Prince Sodhi, said the district did not report any Covid death over the past 24 hours.