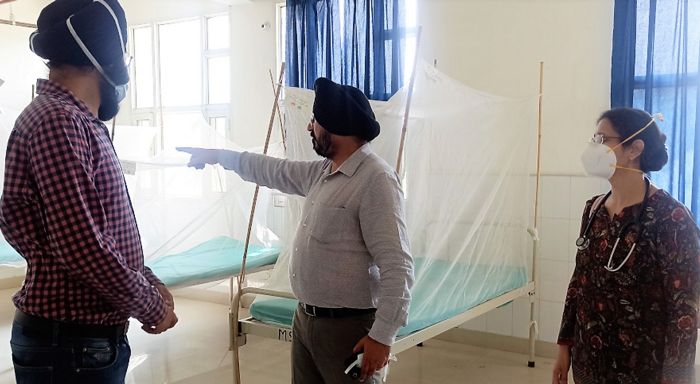 Amid the ongoing dengue season, officials of the Health Department, on Wednesday, said they had already set up 76 dedicated beds for dengue patients in the district.

“People should get themselves tested for dengue at government testing centres for free as soon as its symptoms appear,” Sodhi added.

“The district is well prepared for dengue. However, we need community participation to curb the spread of dengue,” said Sodhi.

“The people should be alert and drain out water from discarded utensils at least once a week,” Sodhi added.

Meanwhile, Dr Sumeet Singh, district epidemiologist, said so far the district had reported only four cases and one death due to dengue in the current season.

They had conducted around 300 dengue tests in the district this season, Dr Sumeet added.

Dr Sumeet further informed that positive patients, who required blood platelets, would be given treatment at Rajindra Hospital, which had the facility of blood transfusion.