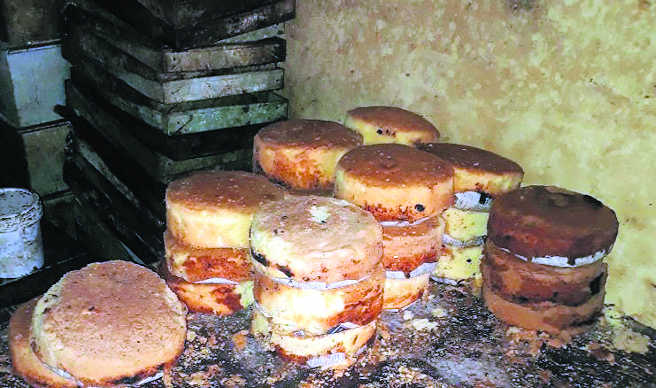 A team of the Health Department conducted a raid on a prominent bakery outlet here today. The health team collected four food samples from the said bakery. A video of the bakers, that was making rounds on social media, is said to have prompted the Health Department to conduct the raid. In the video a piece of plastic was reportedly found in a food item swiss roll.

Dr Shelly Jaitely, District Health Officer, said they had also received a written complaint against the bakery shop, near head post office. She said, “We have collected samples of cake, swiss roll, creamy butter cookies, pudding and send them to lab for testing.” She said action would be taken against the bakers only after results of lab reports were out.

Navjot Sidhu arrives in hospital amid tight security, was having boiled vegetables from jail canteen

Navjot Sidhu arrives in hospital amid tight security, was having boiled vegetables from jail canteen