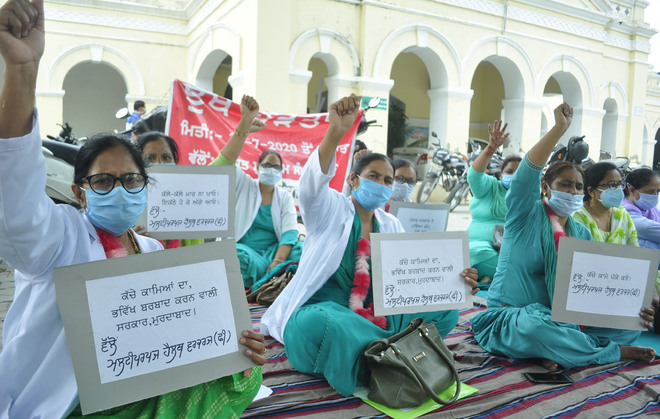 The protesters claimed that the Health Minister had promised them to fulfil their demand last year. However, nothing had been done in this regard, they added.

Rajinder Singh, president, health workers action committee, said a meeting of the committee was held with department officials and Health Minister in December wherein they had given a fortnight ultimatum to fulfil their demand.

“The matter is not being taken up in the Cabinet for necessary action. Our action committee has sent several letters to the Chief Minister in this regard but to no avail,” he added.

Healthe workers said they had worked around 18 hours a day during the outbreak of the coronavirus pandemic last year.