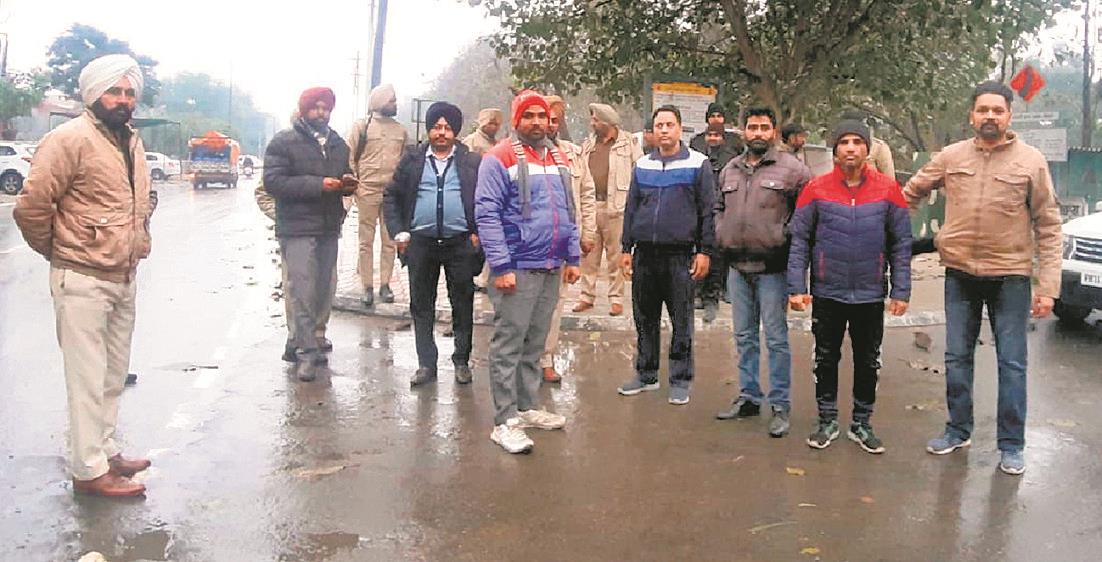 Members of the Unemployed Multi-purpose Health Workers (Male) Union, who have been protesting for over two weeks at Baradari gardens, asked for ‘jobs’ as Lohri from Capt Amarinder Singh at his residence today.

The protesters also raised slogans outside the CM residence. Later, the protesters were taken inside the CM’s residence, where they handed over a memorandum to demands to officials concerned.

The protesters are said to have been assured of a panel meeting with Health Secretary, soon. The written assurance of the said meeting, however, would be given on Tuesday.

Notably, the protesters had kept the police on toes throughout the day.

The protesters said that Congress government had already backtracked from their poll promises because they failed to provide jobs to youth.

The protesters claimed that the health sector was an important health service provider for society, especially, for poor people.

The health workers were the backbone of the health service in the proper implementation of the various schemes, however, the authorities concerned had been ignoring our demands for long, said the protesters.

Sukhwinder Singh, a protesting multipurpose health worker, said, “The government had promised jobs under Ghar-Ghar Rozgar scheme, however, the youth is protesting on roads for the jobs. It is unfortunate that despite the vacancy in the Health Department, we have to protest for the jobs.”

Meanwhile, the protesters said that they would continue their indefinite strike until their demands were met.