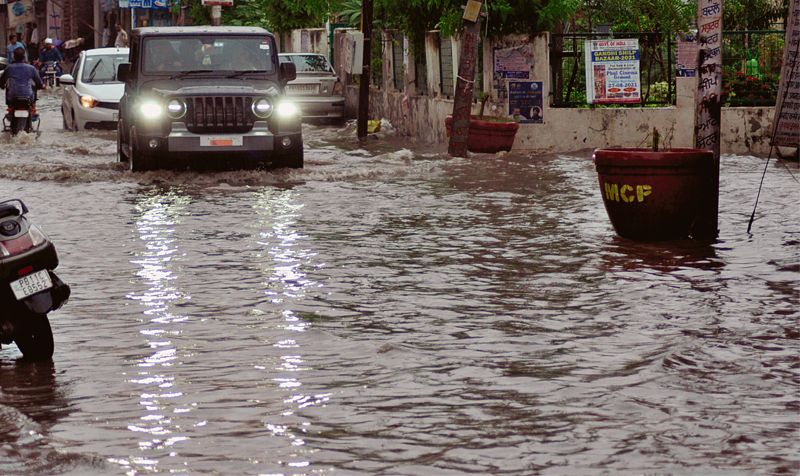 Vehicles wade through a waterlogged road after heavy rain in Patiala on Thursday. Rajesh Sachar

Heavy rain lashed Patiala on Wednesday afternoon and brought down temperature in the district. The city yet again faced water-logging in various parts, which left the traffic in disarray.

The rainfall not only brought down the temperature, but the traffic movement on the city roads, including Patiala-Sirhind road and other areas was affected. At some places police personnel were seen regulating traffic during the rain.

The rainfall was accompanied by strong winds due to which a number of trees fell near Patiala-Sirhind and Patiala-Nabha road.

Officials in the Municipal Corporation said the stranded water was cleared within an hour of the rainfall. “All teams were alerted and asked to take appropriate measures to ensure the residents are not inconvenienced”, officials said.