Of 53 properties, only 11 sold; lack of awareness among residents about e-auction behind low sale 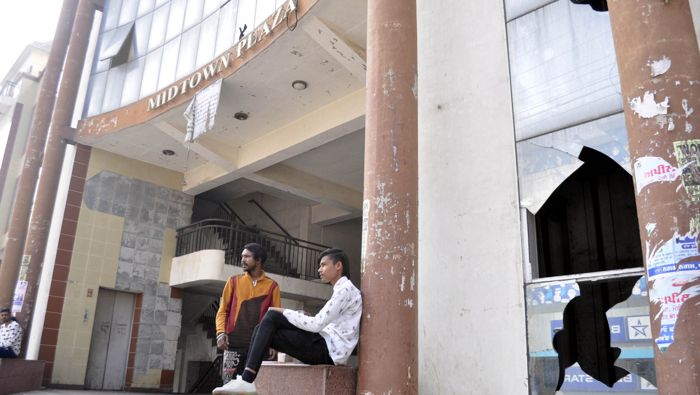 MidTown Plaza was among the 53 properties put on sale by the Improvement Trust, Patiala. File

Improvement Trust, Patiala, has failed to sell a majority of its properties put on auction. Of the 53 properties – worth over Rs100 crore – on sale, the trust managed to sell just 11 properties worth Rs8 crore.

Officials said the final list had been sent to the local government department for approval after which the allotments would be finalised.

They attributed the low response to lack of awareness about online auctions among residents.

The trust had offered to put both commercial as well as residential properties on sale and the auction was held on September 1 through an online bidding process.

Of these, the trust managed to sell only 11 properties – two commercial and nine residential – at Maharaja Yadvindra Enclave and Narindra Enclave.

Earlier, a committee formed under the chairmanship of the Deputy Commissioner had decided to reduce the basic price of the properties.

Chairman of the trust Sant Lal Banga said: “The rates were reduced to ensure that people take interest in the properties and these are sold. But due to lack of awareness about the online bidding process, the response was low. Also, the offline bidding generates a sense of competition, which leads to stronger bidding and helps in selling properties at higher rates.”

Interestingly, the department had stared the registration process for the auction on August 6 and it continued up to August 27.

“We had installed flex boards and pasted posters in the city to inform the people about the auction well in time,” he said.

“I am not aware of the exact amount spent (on advertisement) as the bills are in process,” Chaudhary said and pointed out that lack of awareness about the online bidding was the reason behind the low sale.

Banga, meanwhile, said the department would re-auction its properties.

Shiromani Akali Dal leader and former chairman of the trust Indermohan Bazaz said: “There is lack of management at the government level. People also need to be made aware of the benefits of buying the properties. They have conducted online bidding for the first time, but people are unaware of the same. The departments involved in the process need efficient people.”