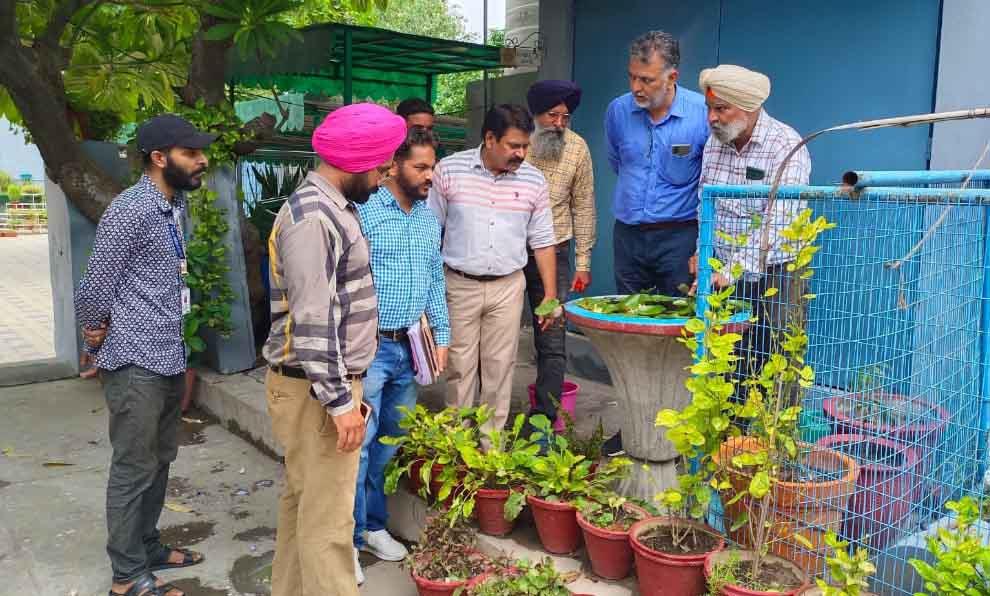 A team of the MC health wing checks for dengue larvae in Patiala on Thursday. Tribune photo: Rajesh Sachar

In its anti-dengue drive, the local Municipal Corporation has started issuing challans to government offices, schools and institutions as well. Officials said over 108 challans have been issued in the past two weeks.

MC officials said, “Recently, challans were issued to a number of hotels, a few private schools, including Lady of Fatima and St Peter’s, and the office of the Chief Electrical Inspector, Punjab.”

They said, “All seven inspectors of the civic body are active in their areas of jurisdiction and regular challans are being issued to the owners of properties where larvae were being found.”