In Patiala, Congress wins 66 of 92 seats 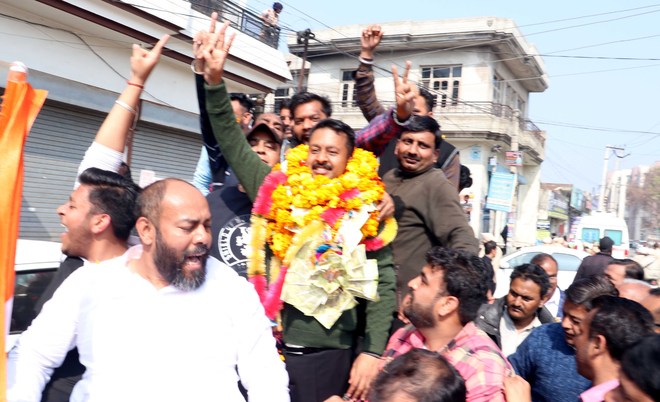 The Congress grabbed most seats in the Rajpura and Samana council poll and registered considerable win in Patran and Nabha, in the CM’s home bastion of Patiala.

While AAP and SAD star campaigners failed to make a difference, the BJP, too, registered losses due to the farmers’ protest. Of the 92 seats in the four councils, Congress won 66, SAD 11 and AAP and BJP two each. Independent candidates emerged victorious in 11 wards.

The AAP’s campaign, led by Bhagwant Mann and Jarnail Singh, failed to make a difference. Mann held roadshows in Rajpura and Nabha, while Jarnail went to Samana and Patran and managed just one seat each in Rajpura and Patran.

Meanwhile, the BJP suffered losses due to farmers’ stir. The party managed only two seats in Rajpura MC and failed to open account in the other three councils. Campaigns led by senior SAD leaders Surjit Rakhra and MP Prem Singh Chandumajra also failed to turn tables for the party candidates.