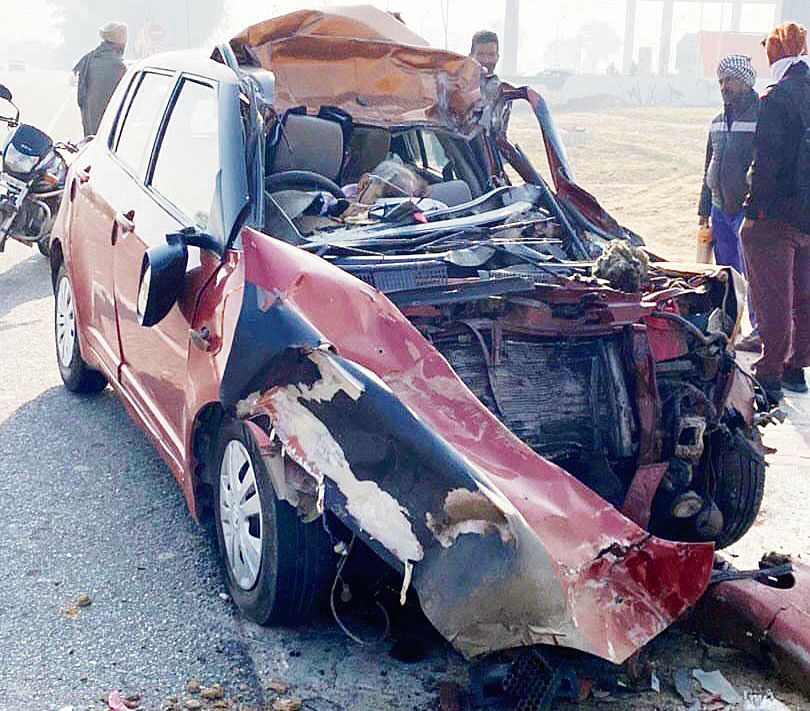 The mangled remains of a car in which the victims were travelling. Tribune photo

An elderly couple was killed when the car they were travelling in rammed into a stationary tipper truck near Sher Majra village today.

The deceased have been identified as Mangat Ram (66) and Pushpa Lata (62), residents of Jagadhari city in Yamunanagar district of Haryana.

The police said the incident took place around 9 am when the victims were going to Abohar town in Fazilka district of Punjab to attend a family function. They rammed their car into a parked tipper truck.

The investigating officer said the couple had died on the spot. The officer said the bodies were sent to the mortuary, but the post-mortem would be conducted tomorrow after the arrival of the victims’ family members.

The police said a case under Section 283 and 304-A of the Indian Penal Code was registered and the tipper truck was impounded.