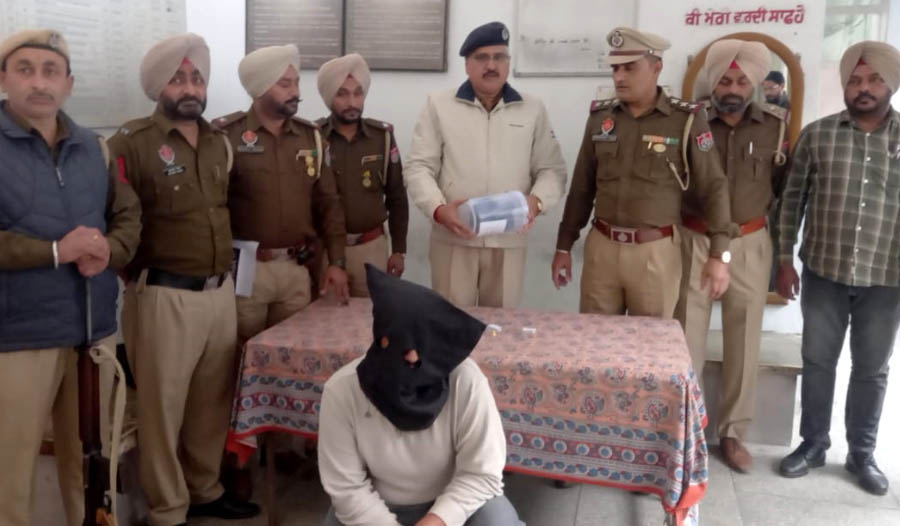 The suspect in the custody of the Patiala police on Thursday.

The Patiala police today arrested a man for allegedly impersonating as an Assistant Sub-Inspector (ASI).

Meanwhile, Patiala SSP Harcharan Singh Bhullar said the accused was looting residents and shopkeepers by allegedly impersonating as ASI. The accused also confessed that he would take premium quality liquor from different vends and used to sell it in the city during festivals, the SSP added.

The police seized a fake pistol, motorcycle and 70 grams of gold from his possession.